Sounds like the kind of name that America's worst president would make up, don't you think? Actually — amazingly — the name "the freedom trail" was not made up by Dubbya, and it even predates the Bush administration. "The freedom trail" is a red line that winds through the streets of old Boston town, and that guides the curious tourist to a number of the more prominent historical landmarks, here in one of the oldest and most history-rich cities in the USA. Today, Ivor, Manuela, dad and myself embarked upon the trail, and discovered a whole lot of things about Boston and American Heritage. 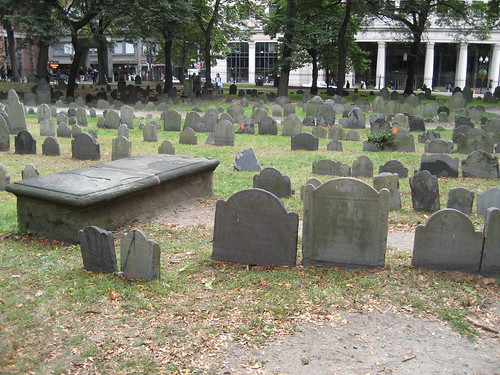 The “Old Granary” burial ground, a place where some of America’s most famous heroes rest in peace. 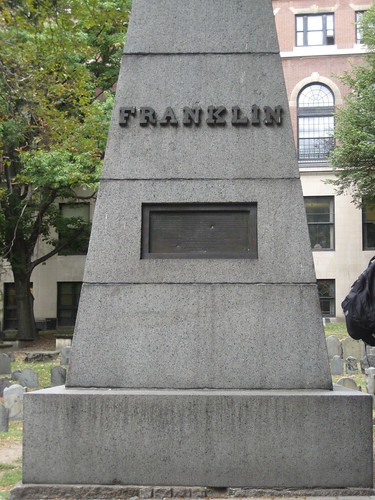 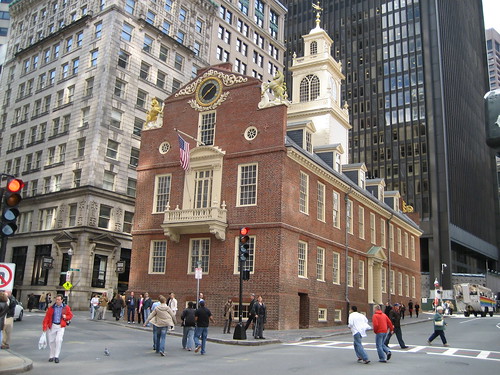 Old State House, a monument of history, surrounded on all sides by modern Boston. 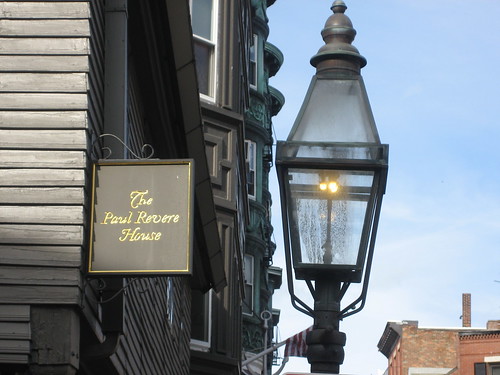 House of Paul Revere, the Independence War hero who famously rode on horseback, crying: “The British are coming!”. 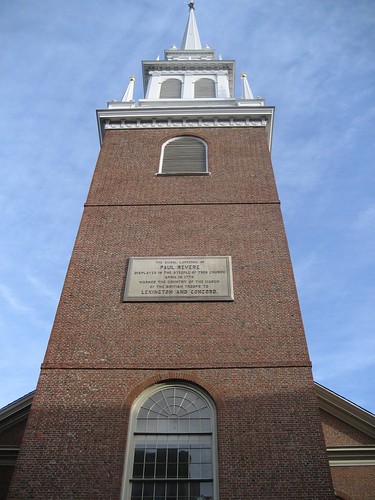 The Bell Tower from which signals were sent to Paul Revere, in the American Independence War of the 1770s.