Today I finished my quick tour of tiny Belgium, by popping into the nation's capital, Brussels. I was originally planning to spend last night in Brussels, but I instead ended up staying in Liège with Christian. This morning, I got the train from Liège to Brussels, bright 'n' early with Christian, who's going there today anyway (for a training seminar). We caught the 6:45am train, and it was only an hour to the big city: when I got there, it was still dark (and stayed so until about 9am — dreary European winter). Too dark to begin exploring: so I checked my e-mail, and found a café for hanging out and having some coffee and waffle, before commencing my tour of the city. By 2pm, I was done with Brussels, and on my way to Amsterdam.

The first stop on my tour of Brussels was the EU Parliament, which is partially located here, although headquartered in Strasbourg (down in France). My guidebook told me that there's a free guided tour of the parliament at 10am every day: so after finishing off my waffle, I hurried over to the EU complex (with the help of the handy and efficient Brussels metro), in search of this tour. Unfortunately, I didn't make it there until 10:15am, and I missed the tour: the staff at the visitors' centre were quite rude, and didn't offer me any consolation, except to say that you should arrive ½ an hour before the tour starts, and that there's another tour at 3pm. However, they did offer me a bunch of EU booklets and posters for free (including an amusing "a day in the EU Parliament" comic book). Plus, I still saw the impressive outside of the EU headquarters complex — which appears to be heavily under renovation at the moment. 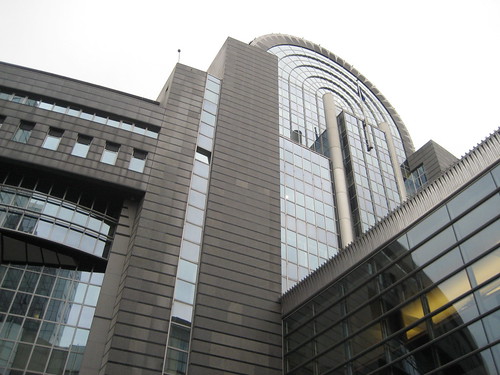 Outside of the EU headquarters.

My friends here in Belgium have been telling me about how officially, Belgium "hasn't had a government" for the past 6 months. Apparently, in this year's national election, a coalition of Flemish (Dutch-speaking) and Walloon (French-speaking) won the election; but since then, their coalition has fallen apart, and they've been unable to sort out who actually has the right to rule the country. So for the past 6 months, the Belgian parliament hasn't sat at all, and no new laws have been passed in the country. Despite this, the country still seems to be running fine, and nobody really cares that there's technically no government in charge. This has led many to question what the government actually does when they are around; and if the country is able to operate without them, why they're needed in the first place. Quite amusing, if a bit pathetic. Also ironic, considering that Belgium is the home of the EU headquarters, and is hence "the capital of Europe", in a manner of speaking.

The divide between Flemish and Walloon is large in Belgium; and it can be seen in Brussels more than anywhere else, where most of the city is Walloon, but where the northern edge is staunchly Flemish. I mainly saw and heard French on the streets, here in Brussels — but every now and again, Dutch also passed my way. Crazy country: if they were even competent enough to get a government together, then perhaps they'd just split the daym country in half and be done with it. But that's not likely to happen anytime soon (despite the fact that many Belgians talk about it).

After my brief visit to the EU headquarters, I spent several hours strolling amongst the major sights of Brussels, and trying not to freeze in the cold, overcast December weather. Some of the sights that I saw include: 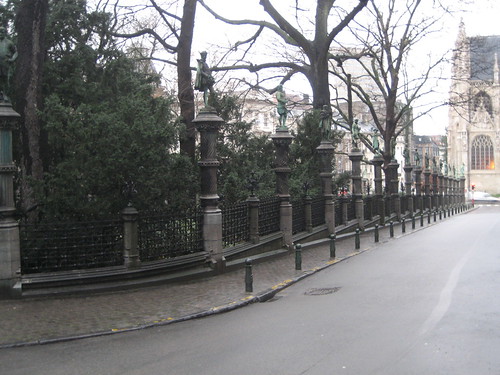 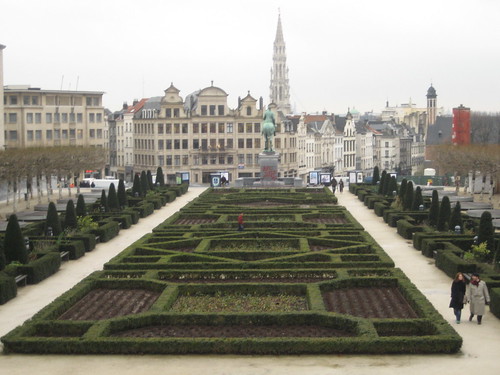 Main library of Brussels, which has an enormous hedge-covered plaza outside of it. 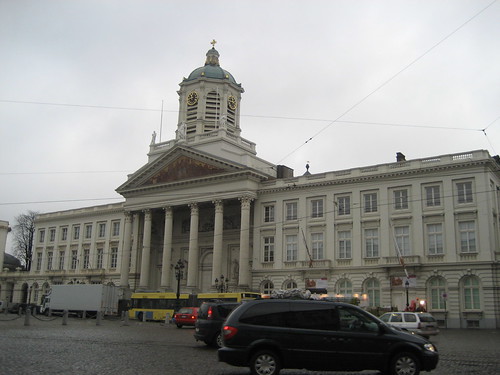 Palais Royal (and yes, Belgium still has a royal family). 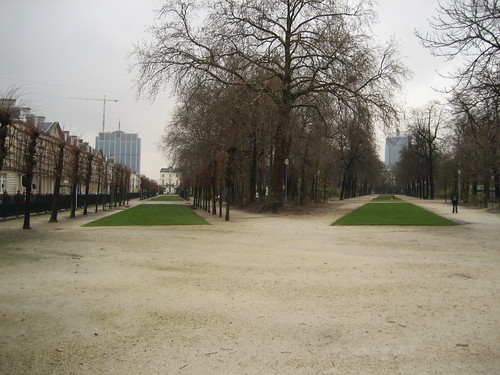 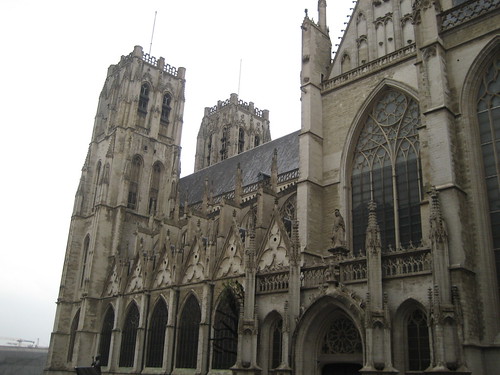 The cathedral of Brussels. 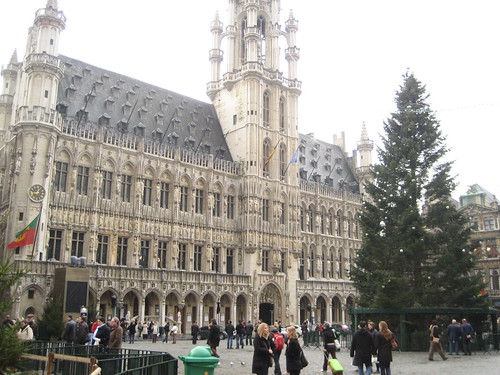 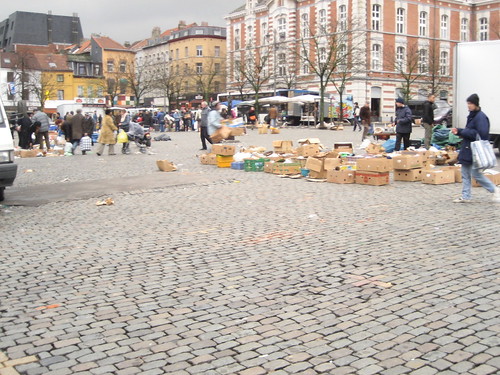 I also wanted to visit the Museí des Intruments de Musique, a museum that showcases numerous interesting musical instruments, that have been used in Europe throughout the ages. Unfortunately, almost all the city's museums are shut on Mondays, and this was no exception. Seems that Monday is a bad day to go exploring cities anywhere in Europe — unless you have no interest whatsoever in museums. Plus, I intended to go and see the "Manneken Pis", a famous statue of a boy pissing into a fountain (and always a big attraction for the casual tourist) — but I got a bit lost, and ended up at Place Rouppe instead. I never found the famous pissing boy of bronze. Anyway, I doubt it would have been a life-changing experience.

Maybe it was just the cold weather, or the time of day/year: but I got the impression that Brussels is rather a quiet, businesslike city. Many of its areas are taken over by government (or EU) departments, and the only people in sight are bureaucrats in suits: not sure if this means it's a boring city, or if it just means that it has a very boring side. One thing I saw that was not boring, however, was a protest: not far from the EU headquarters, there were a bunch of union workers (not sure from which union — they were wearing green), protesting about something, and shouting over loudspeakers to nobody in particular. 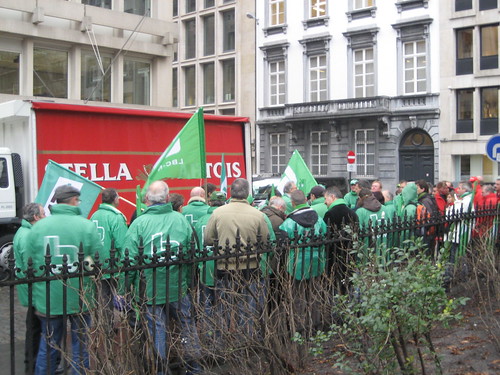 That was about it for Brussels: just a little pop-in to explore and see a few sights. After I was done touring, I grabbed some more of those delicious Belgian fries for lunch, and then headed over to the train station. Next stop: Amsterdam.