Flight of the condors

It's what going to Arequipa, and to the Cañon del Colca, is all about. The famous, mighty condors, who can be seen soaring hundreds of metres above the canyon's floor — gliding effortlessly on thermal wind currents — from the lookout of Cruz Del Condor. After hiking out of the canyon this morning, our group got a bus from Cabanaconde to Cruz Del Condor, where we were just in time to see the flight of the condors. 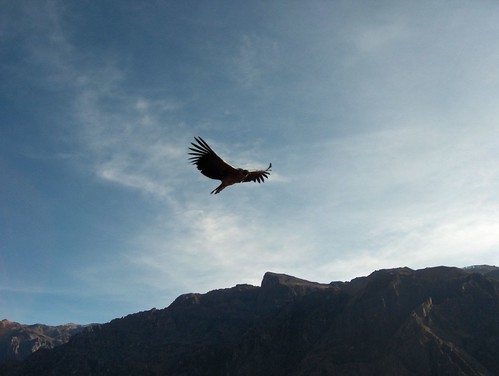 I can see why everybody raves about seeing the condors: they really are quite majestic creatures, and they really do make the most of their massive wings, down in the canyon. Apparently, at this time of year you're basically 99% guaranteed to see them, and to see them at their best, every single morning (best between 8am and 9am). 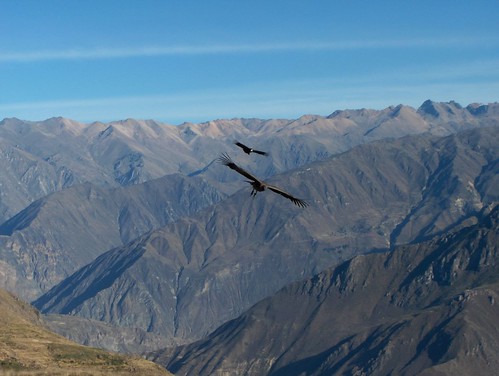 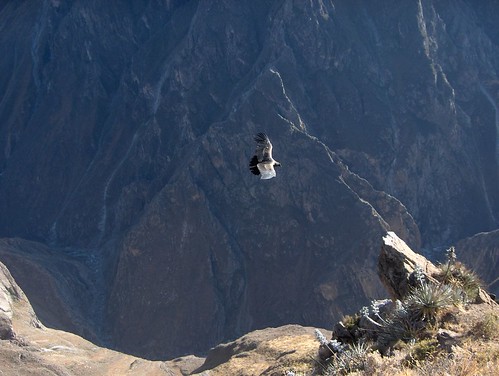 Looking down on a condor.

A family of more than five condors has their nest right under the Cruz Del Sur lookout, so they can always be seen flying around right there, under and over your very nose. They hang around all through the dry season (May-Nov): for the wet season (Dec-Apr), most of them migrate to other areas, and there aren't many to be seen in the canyon. 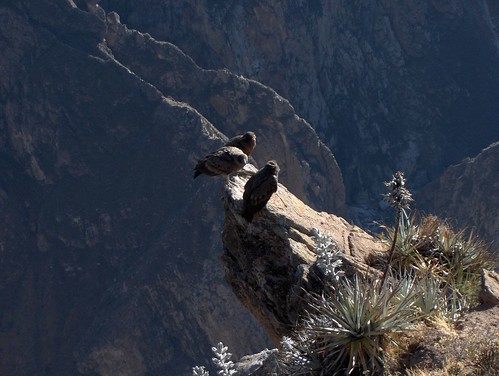 Condors perched on a rock. 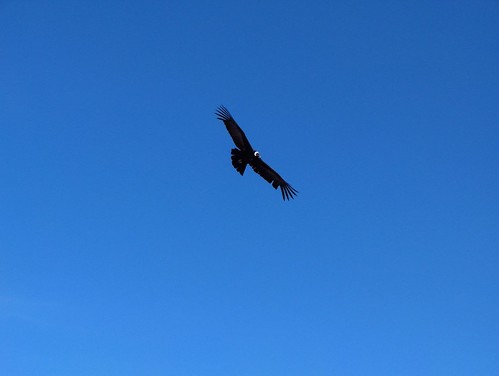 Condor flying right over our heads.

They put on a great show for us this morning, and gave us plenty of perfect photo opportunities. However, our bus only stopped for 20 minutes, and then we had to get back on, and continue on our route from Cabanaconde to Chivay.