My plan for today was to get through a good chunk of ye 'ol obligatory city exploration for Barcelona. At breakfast this morning (at Kabul), I got chatting with a Brazilian guy at the hostel — one of the many Brazilians staying there — and we agreed that since we had similar plans, we should go exploring together. The guy speaks barely any English: but his Spanish is (sort-of) passable enough for me to have a conversation with him en Español. Made for an interesting travelling companion, if a bit frustrating language barrier-wise. 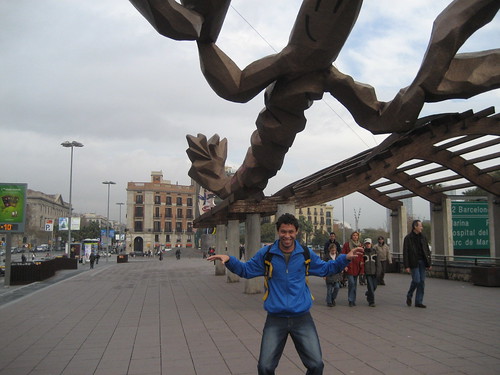 Random Brazilian dude with whom I explored Barcelona today.

From the hostel in Plaça Reial, we walked down Las Ramblas to the waterfront, and then turned left along the boulevarde, and along the sandy beach itself. We walked through the narrow, twisting side alleys of the "Barceloneta" neighbourhood, which is full of charm and character. We nearly made it up to the Vila Olímpica — the athletes' residences from the 1992 Olympic Games — but got a little lost, and (as far as we know) didn't actually reach it. We saw the impressive grounds and building of the Parlament de Catalunya: the seat of regional government for all of the Autonomous Community of Catalonia. And finally, we saw Barcelona's "Arc de Triomf": a structure highly reminiscent of the real thing up in Paris, although not nearly as impressive. 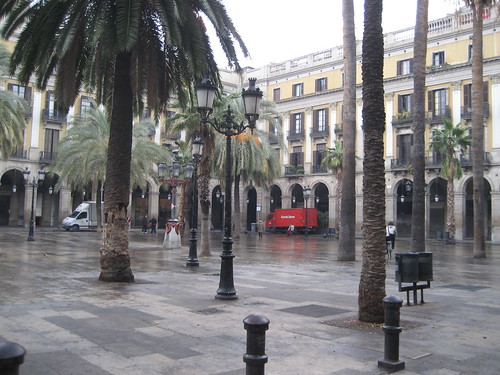 Plaça Reial: where the hostel is. 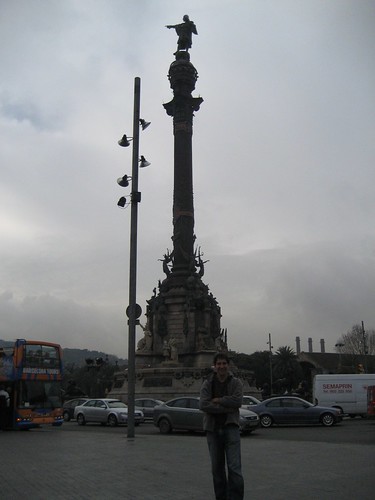 Monument at the junction of Las Ramblas and the waterfront. 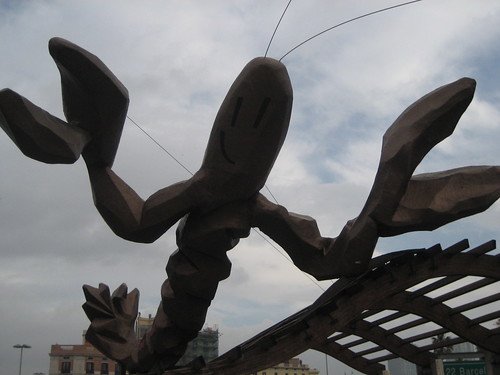 Strange modern art abounds on the streets of Barcelona. This sculpture appears to be a giant steel prawn. 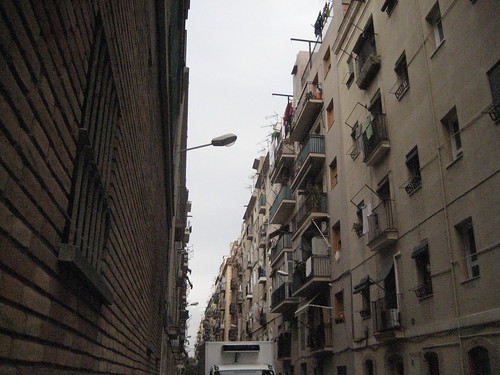 Streets of the Barceloneta. 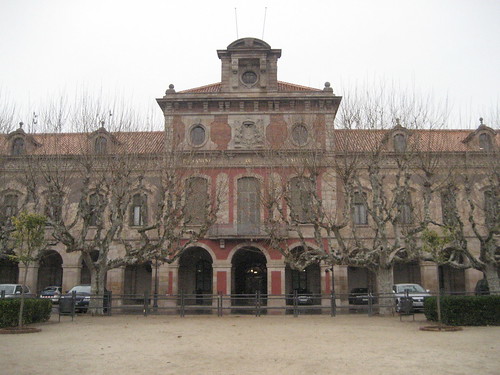 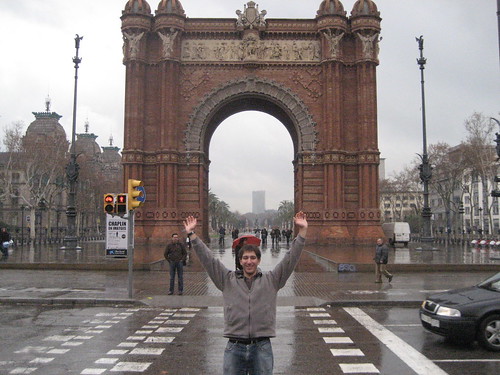 Barcelona's a nice city: but there are better things to do there than simply wander around and explore. The monuments aren't that famous, the architecture isn't that amazing, and the cityscape is quite broad and spread-out. Plus, today we were faced with downright miserable weather: about halfway through our wanderings, it started drizzling; and it didn't really relent for the rest of the day. So come lunchtime, we made our way back to Las Ramblas, and called it a day as far as exploration went.

‹ Brasileros of Barcelona One kebab too many ›
Filed in: Barcelona • Dreary • Language barrier • Wandering • Passing time