This morning — to start off the third day of the Santa Cruz-Llanganuco hike — I climbed the pass of Punta Union, the hardest leg of the whole expedition. With the 2nd-night campsite of Taullipampa at 4250m (asl), and with Punta Union at 4750m, it's a fairly intense 500m climb. The weather still wasn't too good this morning: so although the area was snow-covered (unusual for this time of year), visibility was quite poor — a shame, since this spot is meant to offer the best views on the whole hike. Anyway, was good to reach the top of the pass, and was good to descend to the other side. 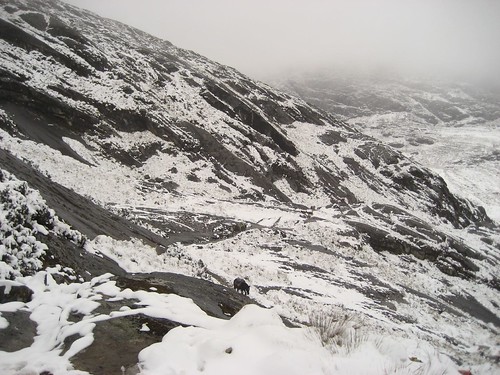 Heading up to Punta Union. 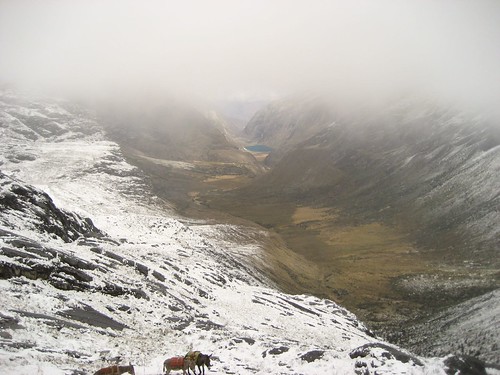 Final view of the Santa Cruz river valley, before leaving it behind. 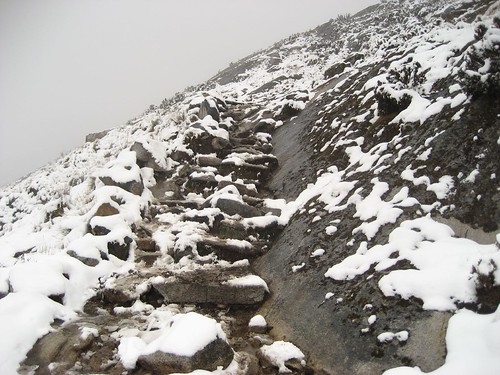 The path was a bit snowed over this morning, but it was still OK following it. 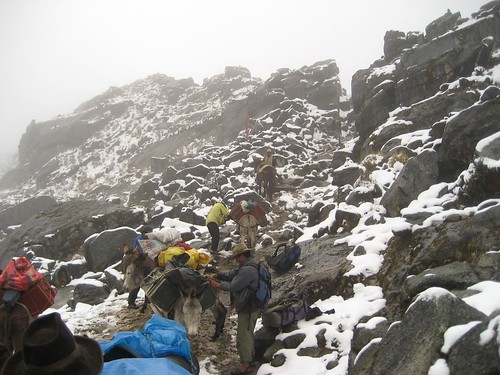 Donkeys causing a traffic jam at the pass. 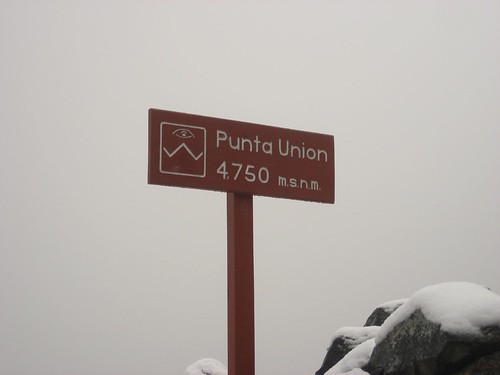 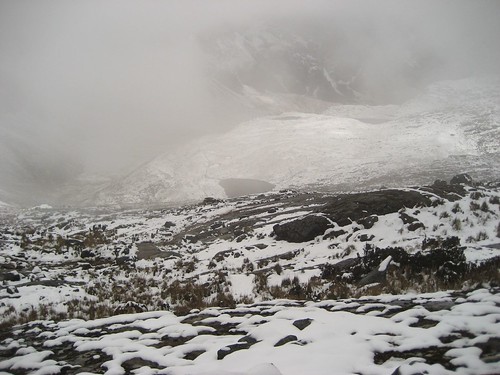 Otherside of Punta Union: weather ain’t much better, but you can see more lagoons.

Took about 2½ hours to get to the top of the pass: started out at 8am from Taullipampa, and reached the pass by 10:30am. I ended up going most of the way with the Dutch group — the same folks that I followed up to Alpamayo lookout yesterday — although I lost them after we reached the bottom on the other side, as they were going a different way after that, off on a massive 12-day hike. Despite the snow everywhere, it wasn't too cold: it was intense walking the whole time, to heat us up; and the cloud cover provided insulation. Managed it in a t-shirt and my fleece jumper.

Like I said, Punta Union is meant to offer the best views on the whole hike: but today wasn't ideal weather for panoramas at the top; so the stunning views were rather limited. Anyway, for me, the achievement of getting to the top (with my massive pack, no less!) was the real highlight. That was the hardest part of the trek done: pretty much all downhill, from here on.