Big surprise, this being a hike and all: but funnily enough, today consisted of a lot more walking. Extremely flat all morning, then up and down after lunch. Today's walk finished off the first part of this hike, which consists of following the Santa Cruz river valley upstream, from west to east. Also had some amazing views of snow-capped mountains in the afternoon, when I ascended to the Alpamayo lookout area: the mountains around here are just something else. 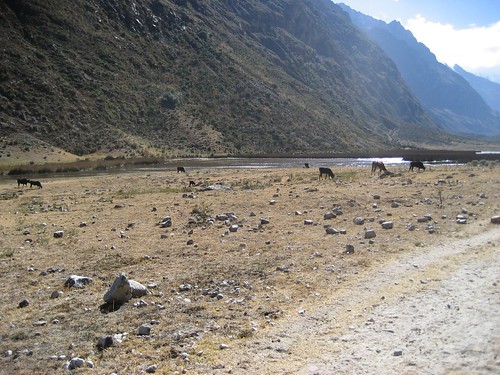 The morning walk was very, very flat. Grass, cows, donkeys, river. And mountains all around. 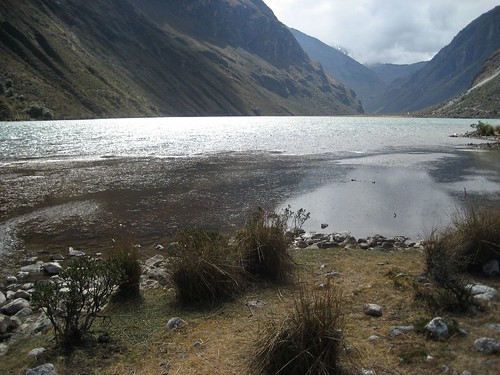 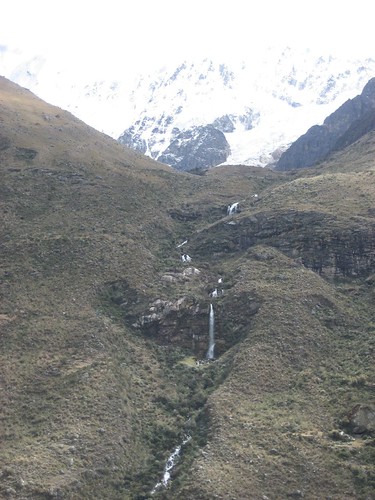 Waterfall cascading out of the snow-covered mountains, to the flat valley below. 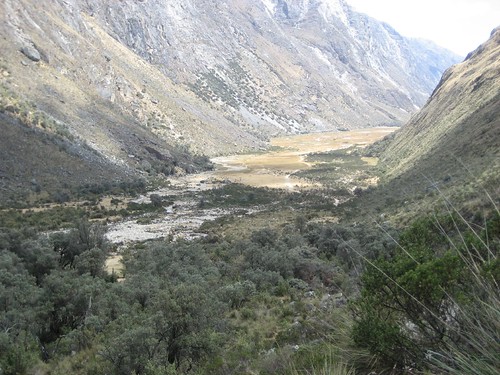 View of the valley floor, going up to the Alpamayo lookout. 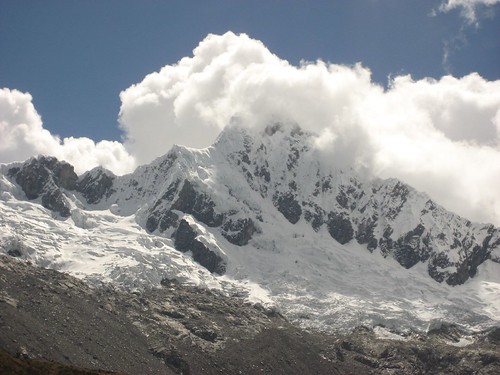 Alpamayo, one of the great peaks of the Cordillera Blanca, as seen from the lookout (popular for climbing as well).

All went well — and the views were fantastic from the lookout — but I got a bit lost looking for the path, that cuts straight from the lookout down to Taullipampa. Ended up romping through the mountainside for about ½ an hour, until I finally stumbled upon it. Of course, the Dutch group had no problem finding it: they had a guide! 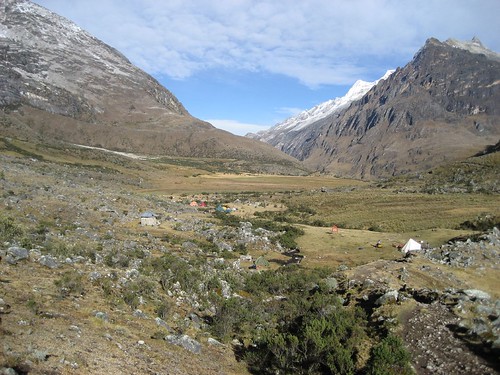 Unfortunately, the weather turned very sour indeed this evening. I just had time to set up camp at Taullipampa, and to start cooking dinner, when it got really cold, and it began pouring with rain. I managed to finish dinner, and to do the washing-up, but I got completely soaked while doing so. It continued raining heavily for most of the night: and until it stopped, the water kept leaking into my tent, and wetting my mat and my sleeping bag. So you can imagine just how good a night's sleep I got — absolutely terrible! Anyway, hopefully things will clear up tomorrow, and I'll get a decent, dry night's sleep to catch up tomorrow night.