A day in Oxford

For my first sojourn into out-of-London England, today I went on a day trip to Oxford: lovely medieval town, and home of the world's most famous and most prestigious university. I was fortunate enough to be guided around the uni (and the town — they're virtually one-and-the-same) by my mate Garth, who showed me several areas that are generally off-limits to the public, and that are well worth seeing if you have the opportunity.

Oxford is a mere 2 hours from London — as the bus drives — and due to the constant travel needs of many of its students, it's amazingly easy to get to. There's an express bus called the "Oxford Tube" (not to be confused with the "London Underground" variety of Tube), which leaves from London's Victoria train station every 10 minutes, all day long (£12 round-trip). Getting to Oxford and back was as easy as hopping on this bus, and hopping on it once again.

Garth's a reasonably busy guy — as he's doing a Master's and all — but since he's only 3 weeks into the program, he's not quite dying of work overload yet. He was free all afternoon today, and he was happy to donate his free time to giving me a tour around the campus. He didn't ask for anything in return — but I did insist on shouting him lunch. And it was well worth the shout, as well: because the tour was very impressive indeed. 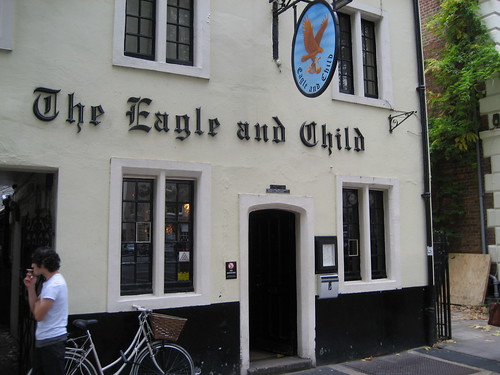 The Eagle and Child pub, favourite meeting spot for C.s. Lewis and J.R.R. Tolkien (just two of Oxford’s many, many famous graduates). 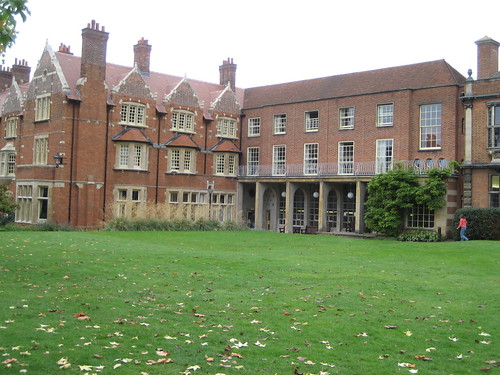 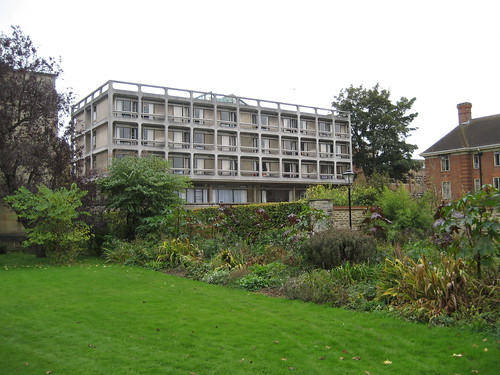 Garth’s dorm building, one of the less charming feats of architecture at Somerville College. 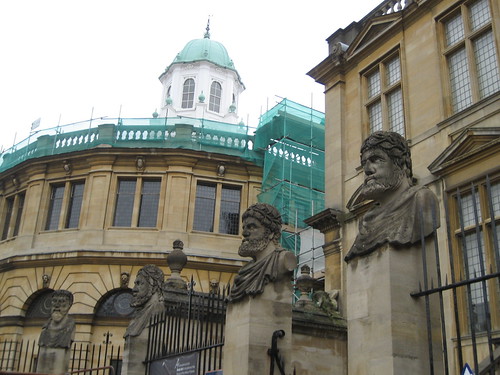 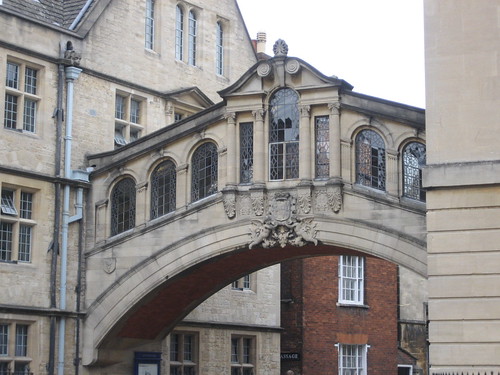 Famous centuries-old arch between colleges: still walked through to this day. 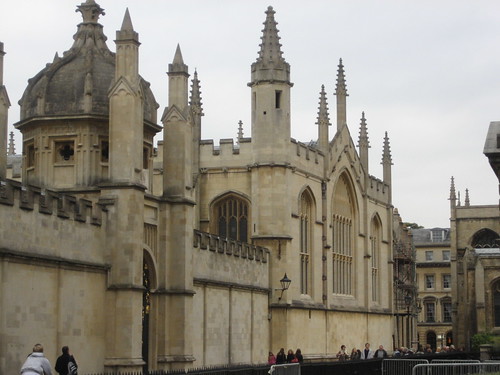 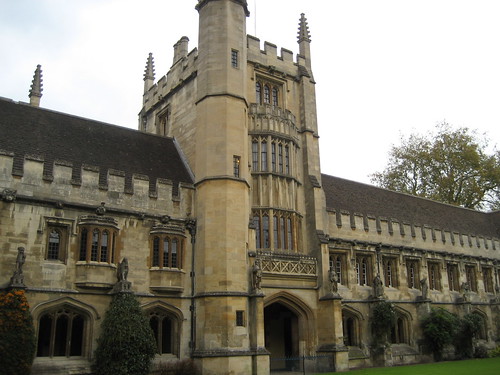 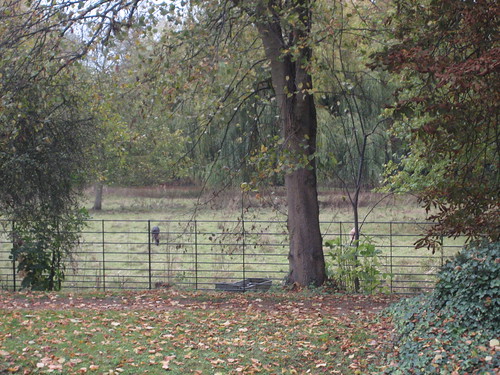 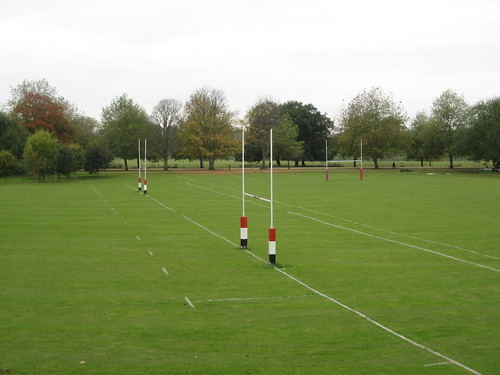 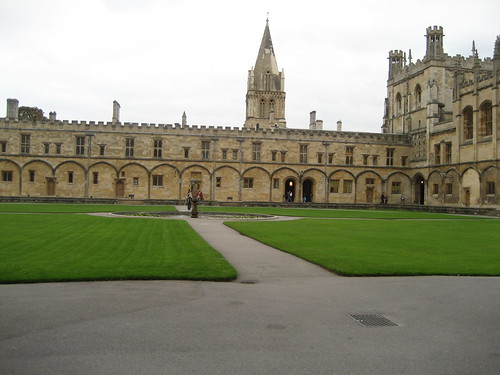 Christ Church College, the most famous and oft-visited of Oxford’s many colleges.

I always knew that Oxford is a very dignified and old-fashioned place: but I didn't expect it to be quite as extreme as what I found. Seriously, guys — this is 2007! Apparently, to this day, all students are required to dress in full robes when attending formal exams. Many professors still wear their robes to class. Additionally, there are numerous areas where not only the public, but also various lower levels of the university hierarchy (e.g. non-graduates, non-college members, non-fellows), are prohibited from entering. The level of hierarchy and propriety here is mind-boggling: it's like stepping back in time, into a bizarre kind of educational institution that's run like a feudal régime.

One of the funniest things is the effort to which the university has gone, to preserve Oxford's ambiance and its medieval character. They've prevented any new buildings from being constructed as part of the university, or as private places near the university, for well over a hundred years. They've invested enormous resources in maintaining the many historic buildings that make up their campus. They've even bought hundreds of acres of fields all around the university, simply to prevent anyone from building anything on them, thus preserving the (false) image of Oxford as a quiet, countryside hamlet. They're not doing anything with the land: there are some sheep and cows grazing on it; but they're just for show, they aren't even being farmed. As Garth put it: "their policy for the past 500 years has been to spend a lot of money in order to keep the university in the middle ages."

However, despite the snobbishness and the pretentiousness that underlies it all, Oxford really does have some stunning architecture. Queen's College and Christ Church College, in particular, are gorgeous feats of gothic sculpture and masonry: the ornate spires, the gargoyles everywhere, and the classical arched doorways, are boundless in quantity, and exquisite in their detail. It's all remarkably well-preserved, considering its age: some of the buildings are over 800 years old, and yet are still not only looking tip-top, but are fit to be used and lived in on a daily basis.

Oxford is an incredible place, and about as good a name as anyone in the world could hope to have on their academic record — but it's not for everyone. For those that like the image and the pomp — or that even worship it — it's perfect. But personally, that stuff just doesn't do it for me, and I think I'd go mad if I had to spend even one week actually studying here. I'm much more comfortable at my home uni of UTS, which is about as far-flung from Oxford as you can get. It may be lacking in ivory towers (it just has ugly brown towers), but at least it's firmly planted on this planet.

don't know if you have ever noticed, but my old uni, Sydney Uni, is a copy of Oxford, not all the buildings but the main quad and a few others. they look identical to your pix.