A campsite near Avola

Noto is a charming place — but the afternoon was still young, and the road goes ever on. So after my gelato break amidst the Baroque façades this arvo, I hit the pedals once more, and rode the short highway that leads from hilltop Noto to the sleepy beach resort town of Avola. My map indicated that proper campsites are in abundance, in Avola and its surrounding area — and when I reached the place, my expectations were lived up to. After a little bit of searching, I found a place that was both open for business (not something to be taken for granted in November), and reasonably appealing as a place to spend the night. And so it was that I wound up pitching my tent about 10 minutes north of Avola (as the bike rides), within the grounds of "Camping Sabbiadoro". 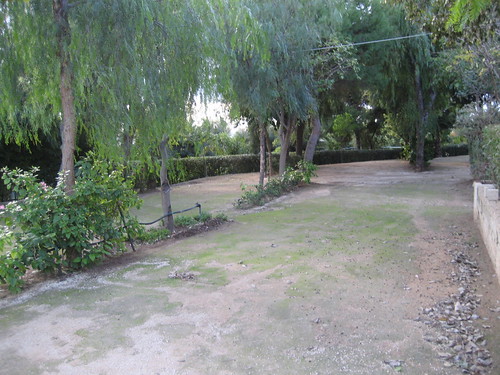 When I reached the town centre of Avola, it was the bright 'n' early hour of 4pm, which meant that I had plenty of time to explore and to find a campsite to my liking. As with every coastal town in Sicily at this time of year, Avola is packed with (largely kitsch) resorts and restaurants; but half of them are closed, and the whole area is rather dead and sleepy. It's a nice little getaway spot — and I guess its proximity to Syracuse makes it all the more appealing — but there ain't anything all that special about it.

The first place I checked out was a campsite right in the middle of town. Before I'd even reached the town of Avola proper, I was already encountering numerous signs (with "camping" written clearly in English, and with a big tent symbol), all shepherding me consistently in the direction of it. But when I reached it, I was quite disappointed. First of all, it was little more than someone's medium-size back yard, in the middle of the town, and with other houses nearby and with traffic all around. Secondly, I was greeted by a horrible, cranky old lady — and when I asked: "camping? abitazione?", she rudely responded: "no, chiuso, ciao" (lit: "no, closed, bye"). Well, that's about the furthest I've ever got from a warm welcome — what a charming introduction to Avola :P.

Anyway, I followed the promenade up the seashore for a few minutes; and soon enough, I started seeing the signs for Sabbiadoro. The site is in a lovely location: it's at the end of a winding laneway flanked by summer holiday-houses, right on the water's edge; and it affords a lovely view of the sea, particularly of the sun rising out of the water in the morning. Not very good value — it costs almost as much as some B&Bs, and yet all they provide is a patch of grass for your tent, and a toilet and washbasin — although access to running water should not be underestimated; plus there's the added bonus that you're not breaking the law, and squatting on someone's private property. 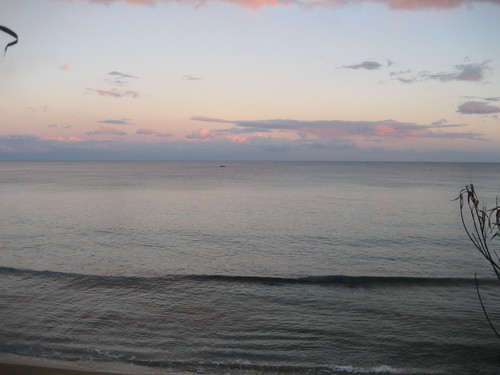