After last night's relaxing, beer-filled introduction to Belgium, this morning Stef continued the intro, with a tour of his humble town of Turnhout. Actually, Stef grew up in an even smaller town several km's away (almost touching the Dutch border) — but he's basically living in Turnhout now. It's a typical little Flemish town: filled with the things you'd expect from a town anywhere in Europe, such as shops, bars, and plenty of history. As well as seeing the more important landmarks, I also got to sample a bit of the local cuisine, and to hear a little about the town's developments over the years. Plus, of course, we had a bit more beer. 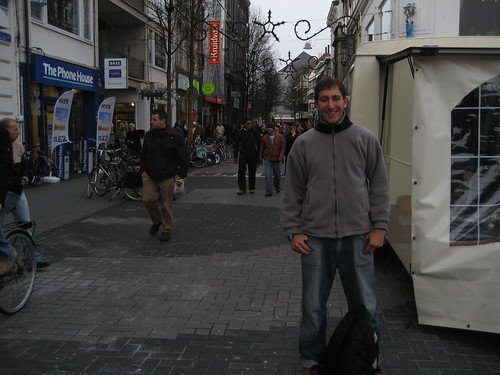 Standing in the main street of Turnhout. 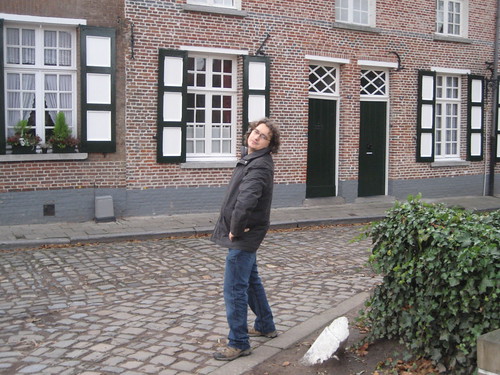 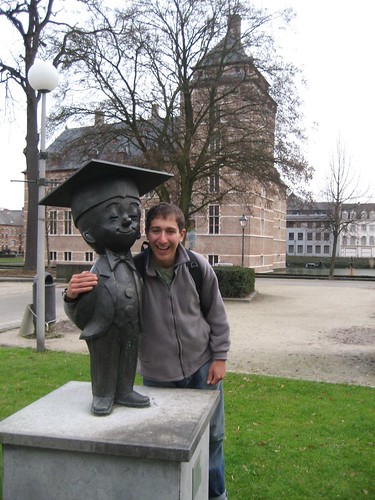 Famous Belgian comic-book character, immortalised in stone outside the Turnhout public library, and me.