The only gay on the island

Robert is an Austrian fellow — another Austrian from the city of Graz. He is, like, sooo gay: I'm sure he's not the only gay on the island; although he could very well be the only gay on tiny, secluded moondance beach. Robert runs a company that organises large, mainly homosexual parties and functions in Graz, and he's a very friendly and interesting guy. He's here in Ko Tao for a month (he's not going anywhere else in Thailand), where he's doing absolutely nothing, aside from lying on the beach and working on his tan. 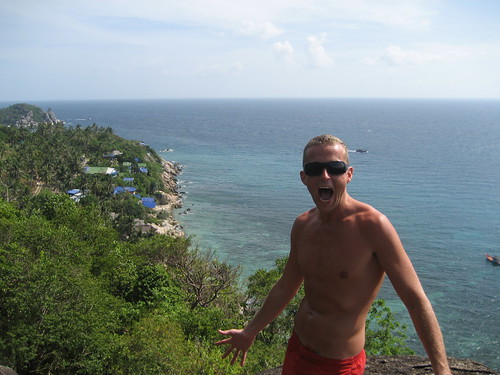 No, this is not Bruno: Robert’s a real-life gay Austrian.