Yesterday, I explored some of the museums and ruins north of Chiclayo, in the Lambayeque area. This afternoon, I headed east, to the ruins of Sipán themselves — the site where the enormous treasure of El Señor de Sipán was uncovered. Long and much-delayed combi ride there and back — and the ruined pyramids are about as ruined and as unimpressive as their counterparts, that I saw yesterday at Túcume — but the tomb itself is a sight worth seeing, and the little museum next to the ruins is interesting as well. 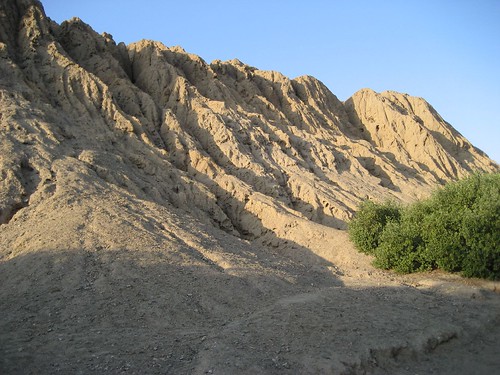 Ruined pyramids at Sipán: now I see why they call them ruins. 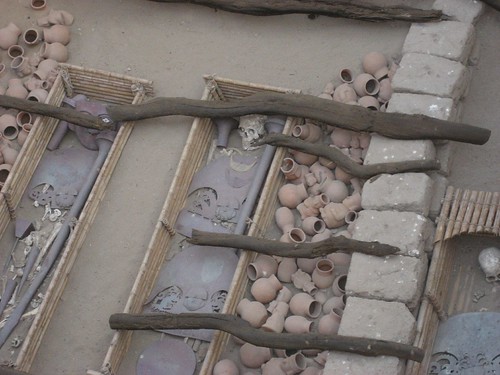 Several entombed bodies at Sipán, believed to have been Moche high priests.

When the tomb of El Señor de Sipán (lit: "the Lord of Sipán") was discovered in 1987, it made world headlines, as it was the biggest discovery of un-looted ancient gold to be made in modern times. The tomb was filled with literally hundreds of priceless, pure gold artifacts. It put Chiclayo on the map as a tourist destination in Peru (although to this day, it's still fairly off the gringo trail, compared to the madhouse further down south), and it made the (previously unheard-of) impoverished backwater town of Sipán a household name. However, most tourists choose to go only to the Museo de Tumbas Reales in Lambayeque, which is easier to get to, and which is where all the gold is now located. This leaves the site of the tomb itself as a more quiet spot, for the more keen and adventurous tourists to explore. 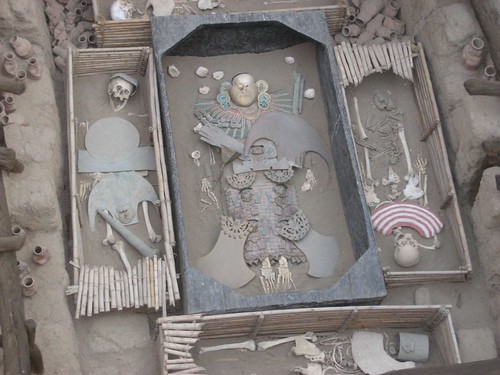 Tomb of El Señor himself, believed to have been an ancient Moche warrior / priest / king, and buried alongside his associates. All the gold that was buried with him is now in the Museo de Tumbas Reales in Lambayeque, but the less-valuable accessories are still here in the original tomb. 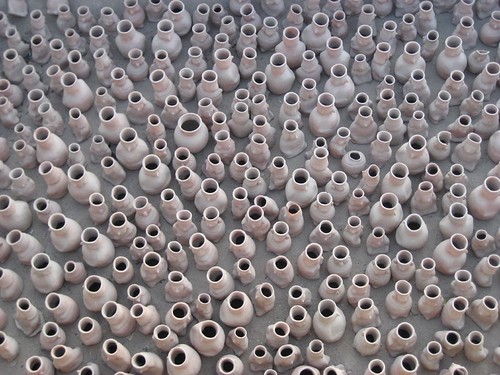 Thousands of ceramic pots were found buried at this site, along with the treasure-enshrouded skeletons. 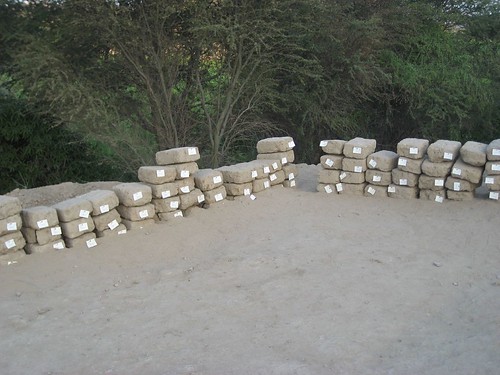 All the bricks that were taken out to unearth the tomb, were carefully numbered by archaeologists, so that they (theoretically) know how to put them all back together. 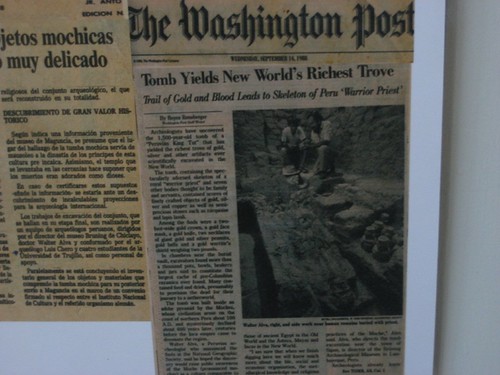 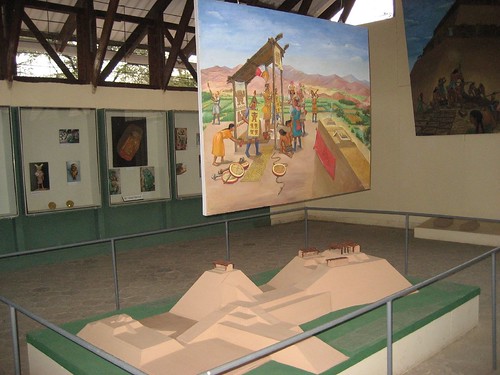 Model of what archaeologists believe the pyramids of Sipán must have looked like, in Moche times.

I didn't bring Kate with me today, as I couldn't find her (she's staying in a different hostel to me, and her cell phone wasn't working when I tried it), and as she isn't that keen on ruins anyway. Good thing she didn't come, too; 'cause it was a pain in the a$$ to get to, and an equally big pain to get back from. Unlike with Lambayeque — which has combis running back and forth from it every 5 minutes — I had to wait over an hour to catch a combi to Sipán, and almost as long to catch one back. Apparently, this is because the Sipán area is more sparsely-populated, and also much more poor; and as such, the people around here aren't given very good public transport by the government. I had a chat with a local in Sipán about this, and various other issues, for quite a while this afternoon, while I was waiting to get a combi back to Chiclayo.

The ruins of Sipán were pretty quiet this afternoon. Just me, a few other random solo travellers, and one tour group of gaggling German families, and their German-speaking guide. Nice, relaxed place. If you have the time to spare, I recommend going out and seeing it. A bit off the beaten track (although really, it's an important site, and more people should visit it), and quite interesting and beautiful.