To finish off my exploration of Vienna, this afternoon I went and visited the Schönbrunn palace — the largest of the many mansion residences built by the Habsburg dynasty in Imperial Austria-Hungary. The Schönbrunn is considered "the Versailles of Austria" — although having visited mega-opulent Versailles several years ago, I assure you that the Schönbrunn is hardly competition, neither in its size nor its majesty. It's just a quick trip on the U-bahn over to Hietzing, in the city's west, from where you can enter the palace grounds from the Tiergarten gate, and from where you can start by exploring the extensive gardens. 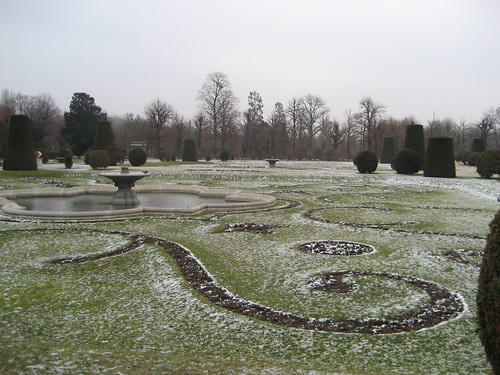 Frosted gardens of the Schönbrunn.

The Schönbrunn's gardens are pretty big, and they're not bad-looking either. I hate to imagine how many gardeners it takes to maintain this baby: probably enough to staff a small multinational company. I didn't explore the "Tiergarten" itself: that's actually a private zoo within the palace grounds, and there's an entry fee to go inside it (whereas the rest of the palace exterior can be explored free of charge). But I did check out the gorgeous little Japanese garden, just outside the Tiergarten, which is home to some eloquent little botanical species. This being December and all, the whole garden was also frosted over: the icy covering added to rather than detracted from the beauty, in my opinion. 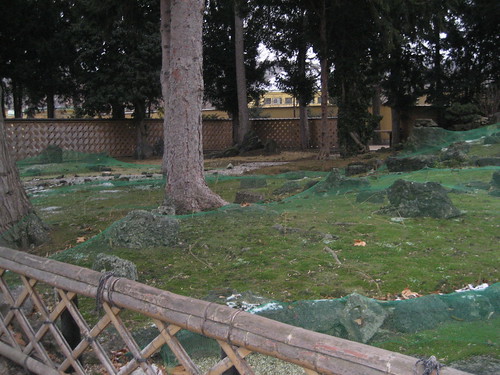 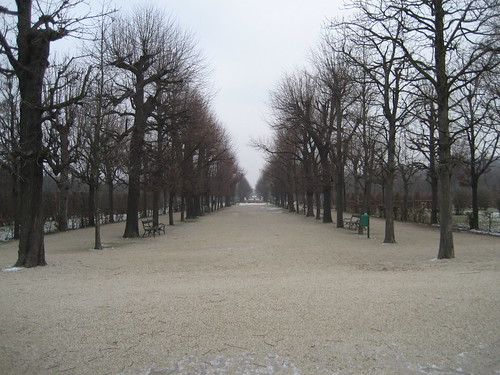 Once I'd made my way east through the palace grounds, I arrived at "the backyard" of the palace itself. This large and sternly-designed area, which leads off from the rear of the main palace building, consists of several grand walkways, lined with statues and trimmed hedges, which stretch away for several hundred metres, before ending at a large stone frieze carved against a hillside. Like the rest of the grounds, this area was covered in frost — it was also hard to make all of it out in today's dense, overcast cloud, which was a bit of a pity. 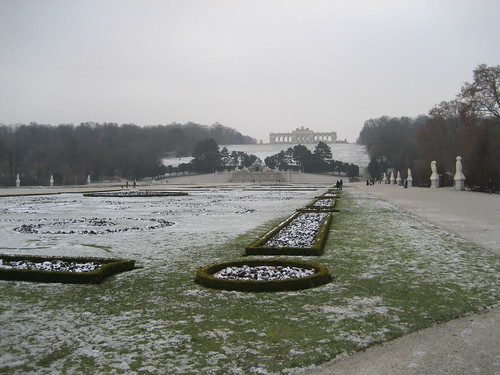 “Gimme a home among the hedges, with lotsa wedges…” Habsburgs' Backyard.

The final sight at the Schönbrunn is, of course, the palace itself. I didn't bother to go inside — I just checked out the exterior from front, side and back — but from what I saw, it ain't anything that special. Definitely something of a Versailles wannabe, but it falls far short of that level of insane lavishness. 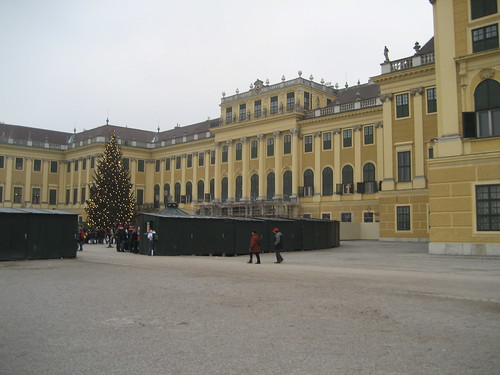 There was a small Christmas market set up in front of the palace today, occupying much of the wide, flat area that comprises the front yard. The market was a bit of a ripoff; and its variety wasn't terribly crash-hot, either. I was kinda starving, so I grabbed the most filling-looking thing I could find: an extremely non-kosher, ham-filled bread wrap (I didn't realise the ingredients until it was too late); but even that turned out to be neither cheap nor filling (nor tasty). There was also the usual abundance of Glühwein, as well as another Austrian specialty — hot "Punsch" — that I have yet to try. Once done at the market, I was done with exploring Vienna and freezing to death in the cold; so I jumped on the U-bahn once more, and headed back to Wombat's.