To continue my wanderings in Barcelona, this afternoon I took advantage of the improved weather, and I decided to go for a walk up to Montjuïc. This hill — literally meaning "hill of the Jews" — holds some of the city's most important landmarks; and from its slopes and peak, it affords gorgeous views of the whole of Barcelona. I started by walking west up Las Ramblas, and by then cutting south, along the main avenue that leads to the hill. I passed between the two towers that guard the main road up to the hill; and I ascended the lavishly decorated hillside that faces this road, and that's flanked by numerous museums, sweeping stairways and grand fountains. After, I wandered further up the hill, getting quite near to the 1992 Olympic Stadium, before wandering down past the teleférico (cable car) that straddles the eastern hillside, ahead of the onset of dark. 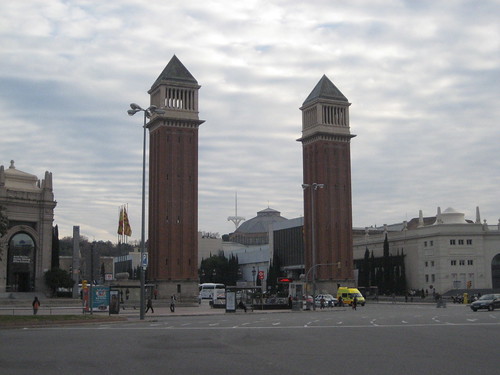 Two towers flanking the boulevarde up to the hill. 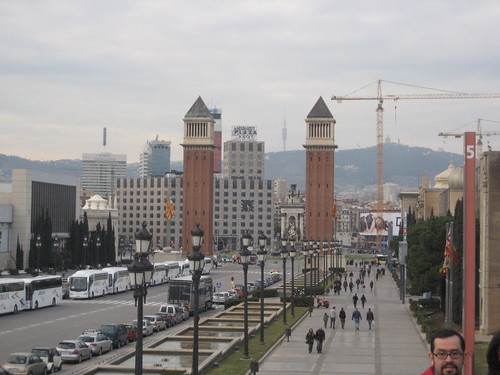 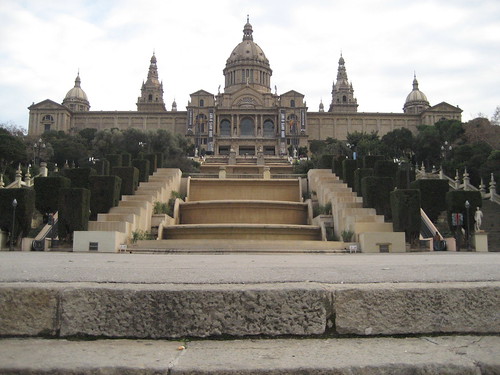 Museum on the northern hillside. 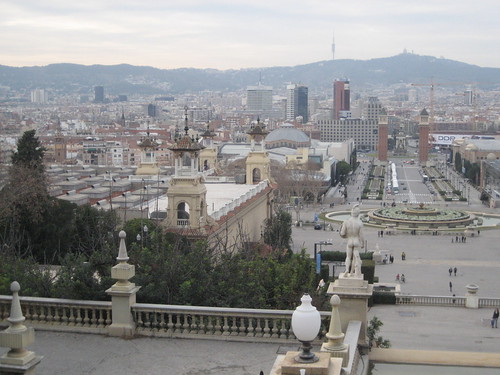 Boulevarde, grand fountain and northern Barcelona sweeping down below. 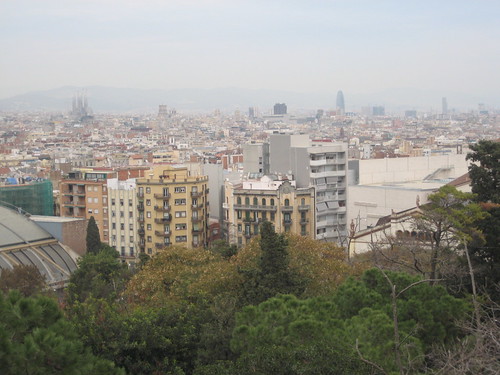 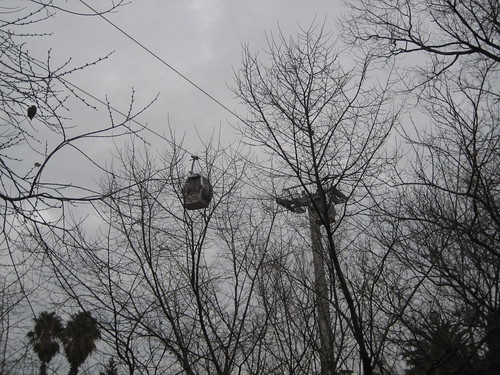 Walking under the teleférico as I descend the hill. 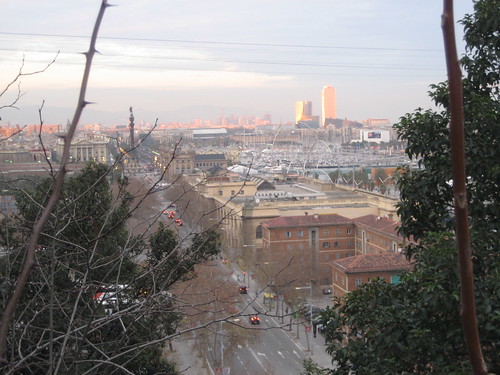