There's only one thing you really must see when you visit Pisa. I'll give you three guesses what it is. If you answered "the cemetery", or "the art gallery", then you're a knob, and you've obviously spent most of your existence living in a cave in Chad. And you've got one more try. So do yourself a favour, and don't make me pull out my electric cattle prod in frustration at you: tell me that you gotta see the tower! Since I had the entire day at my leisure today, here in the beautiful city of Pisa, I naturally spent at least some of it admiring the lovely and architecturally precarious landmark itself. 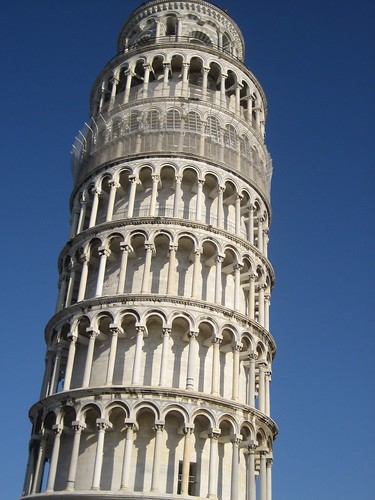 Yes, it really does lean.

I had a relaxed old morning in Pisa. I started out by going for a little walk, in search of some supplies (since I didn't even have anything to eat for breakfast), and also just to explore and to enjoy the lovely weather. After grabbing some groceries, and munching on some breakfast back at the guesthouse, I went out to explore again. I discovered Pisa's trendy main street into the historic centre, which is chockers with expensive fashion boutiques and stylish cafes. Just off from fashion central, I also stumbled into the colourful central market of Pisa, which seems to operate every morning, and which includes a flea market, a clothing market, and an extensive food market (stalls for fruit & veg, meat, cheese, bread, fish, and more).

Pisa's a charming historic town, with quaint architecture and a lazy central river. It's also got a very relaxed atmosphere — due to its relatively small in population, and to its being very much a student town — which was a massive relief, after the enormity and the rudeness of Rome. One other thing that I couldn't help but notice about Pisa: the place is absolutely thronged with bicycles. They're absolutely everywhere! You can see them chained up 100 in-a-row; you can observe cyclist after cyclist zoom past you on the street; and you can find plenty of bicycle purchase, hire and repair shops in town. I'm very impressed with the amount of human-powered vehicle use there is in this town: it's much more than what I saw in Rome or in Sicily; and (since I haven't yet been further north in Europe :P) I guess it's the most bikes in one place that I've ever seen in my life. 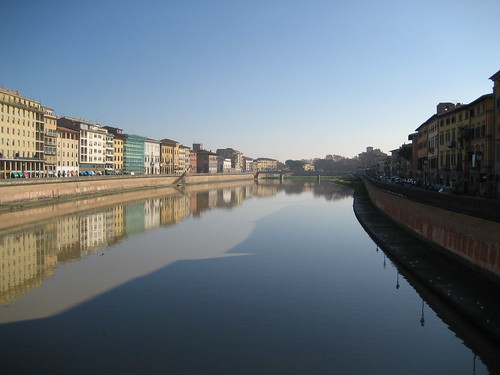 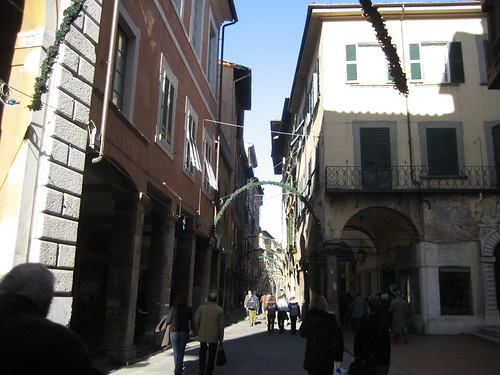 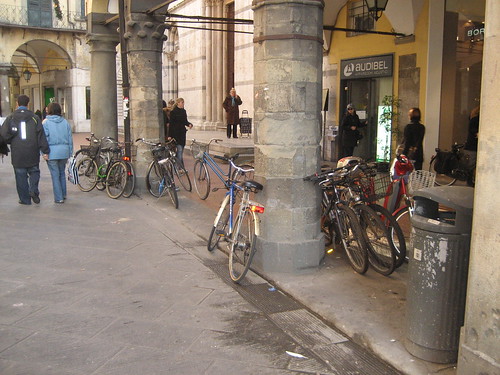 By the afternoon, I finally made my way over to the central piazza of Pisa, and I saw the leaning tower itself. Despite how obviously well-aware I was of the tower's unique world-famous trait, I found that when I gazed at it for the first time, I still couldn't help but genuinely marvel, and think to myself: "so it really does lean!" :P 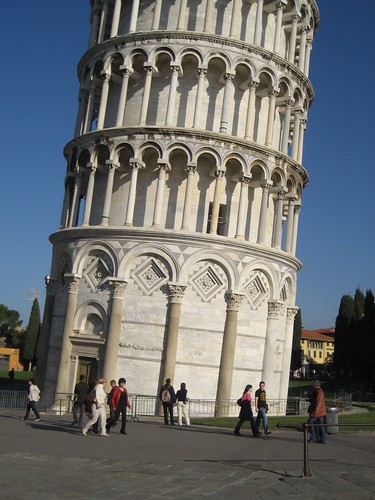 Not a global hoax: the tower does lean; and never mind for how many centuries it’s been leaning, it still looks like it’s bound to topple over at any second.

Naturally, I expected the tower to be leaning. But what I didn't anticipate (and what I discovered) is that the Piazza dei Miracoli — the central square that houses the tower, as well as the cathedral and various other important buildings — is a remarkably beautiful place. All the buildings in it are masterpieces in their own right: and they meld together in a dazzling harmony of form and colour. The leaning tower really does look like an impossible defiance of the laws of physics: you need to spend a few minutes just standing and staring, and appreciating why the square it's within is called "Plaza of Miracles". There is also the expected horde of tourists, all of whom insist of doing the cheesy "holding up the tower" photo shot; as well as the obligatory endless line of souvenir stalls just next to the piazza. 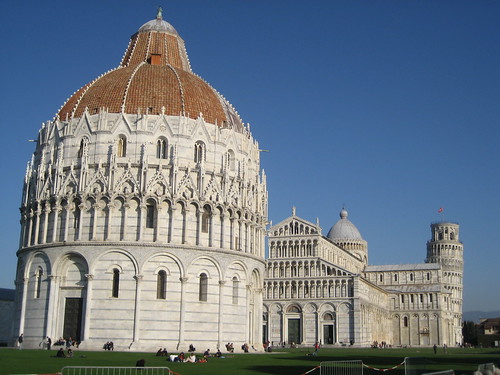 Piazza dei Miracoli: tower, duomo and baptistry, all together in glorious sparkling white. 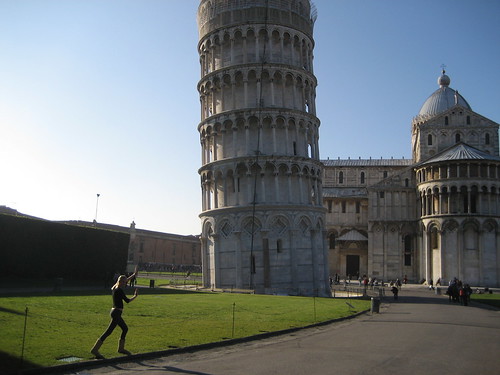 Gee, love, I bet no-one’s ever done that before.

Apart from enjoying the lovely scene, and hanging out around the surprisingly laid-back piazza (which is full of uni students lying on the grass, as well as tourists), there isn't that much to do in central Pisa. You can go inside and explore the various buildings: but all of them have an entry fee, including the tower itself. So I soaked in the ambiance for a bit, bought a pair of souvenir leaning espresso cups (for my family in Switzerland), then went and grabbed some lunch.