One of Boston's most famous attractions (for tourists and academics alike) is Harvard University, one of the most famous, prestigious, and expensive universities in the world. Harvard is easily the top (as well as the oldest) university in the USA, and it's probably rivalled only by Oxford itself in terms of reputation. Harvard is also the second-richest non-profit, non-government institution in the world, surpassed only by the Roman Catholic Church. Today, my dad and I went on "the unofficial tour of Harvard", one of the guided tours that you can do of the university's main campus. And so, therefore, we can now say that we've been unofficially introduced to the place.

Some of the sights that we saw on the tour: 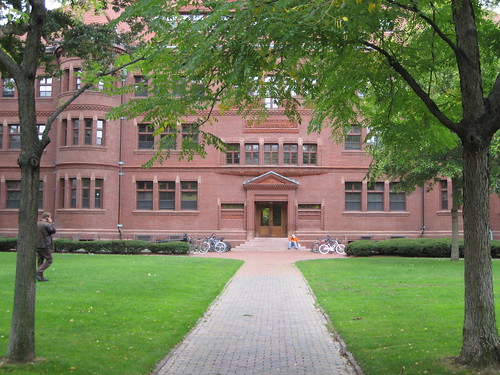 Old Harvard Yard, the site of the first university buildings back in 1638. 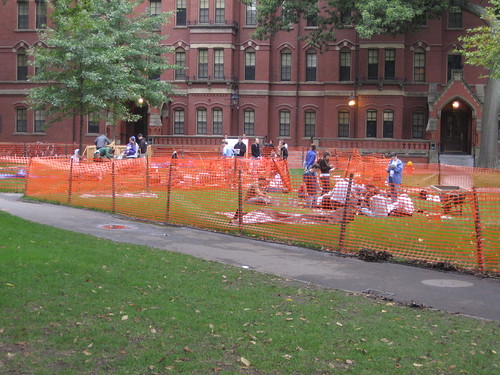 Archaeology students digging up the 370-years-of-age Old Harvard Yard, as part of a new “hands-on” curriculum in this degree for 2007. 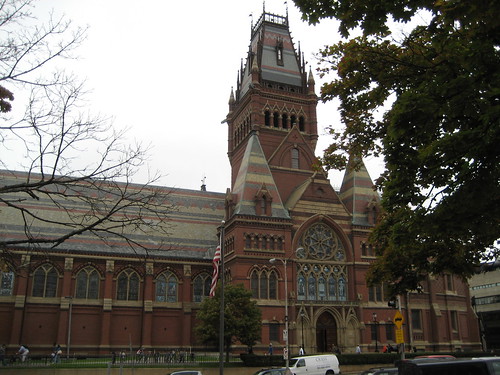 Memorial Hall, one of the uni’s most beautiful buildings. 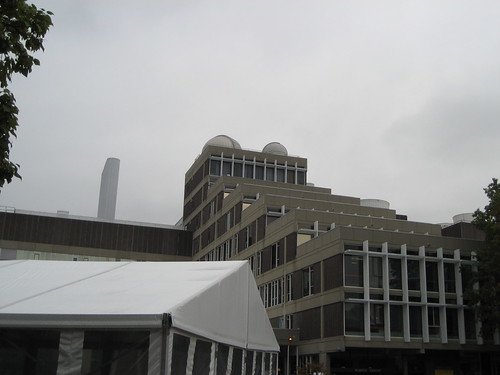 The ugly science building of Harvard (hey, at least their ugliest building isn’t their centrepiece, like it is at some people’s universities!). 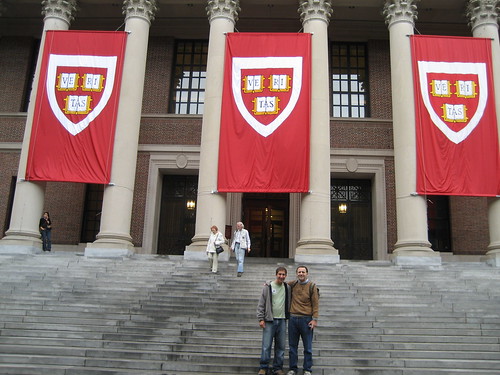 The main library of Harvard (all up, the university has 99 separate libraries). 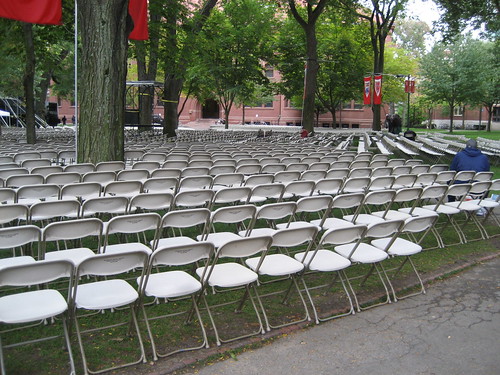 The New Yard, set up for a graduation ceremony. 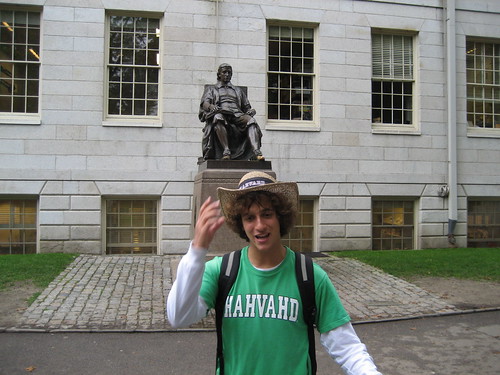 Our colourful tourguide; and John Harvard, founder of Harvard in 1638, in the background. Our guide explained that this is called “the statue of three lies”, because: (1) it’s not John Harvard (nobody knew what he looked like, when they made the statue); (2) John Harvard didn’t found the university, he merely donated the land that it was built on; and (3) he didn’t donate it in 1638, it was earlier. Apparently, this is also the third most-photographed statue in the USA, after the Statue of Liberty in New York, and Lincoln’s statue at the memorial in Washington.

Cool little tour, and a nice cosy group of 5 people. Harvard sure is a grand place. And to think that my Aunt Janine studied and worked here for over 20 years! I'd be happy if I ever ended up simply cleaning out the loos here — but you'd need at least a Master's, before they're even consider giving you a job like that :P.