Hammerschlagen is a game with a simple set of rules, and a very difficult gameplay. In this centuries-old German / Austrian social game, you have a tree stump (with its surface flattened and smoothed), you have a hammer, and you have a bunch of nails. Each player takes a nail, and hammers their nail a few millimetres into the stump. Then — using only the thin, axe-like side of the hammer — each player in turn attempts to whack their nail all the way in. For this evening's après-ski in Kitzbühel, we kicked off the night with a visit to Chizzo (an outdoor bar in the main street of town), where they have a Hammerschlagen area set up. Jake and Mitch introduced the rest of us to the game: here in Kitzbühel, the rule is that the loser (the last person to hammer their nail in) shouts a shot of Jäger to everyone else who played. Check out the video. 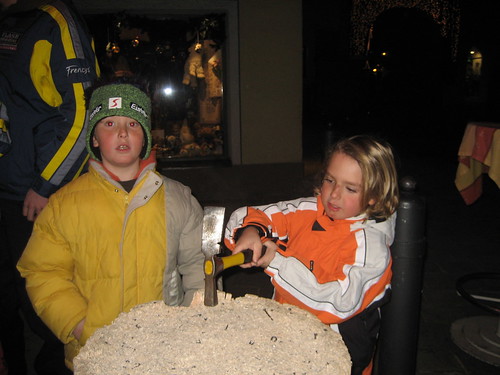 Little kids having a whack: you’re meant to use the other side of the hammer.

I have a few pieces of advice for anyone who wants to play Hammerschlagen: 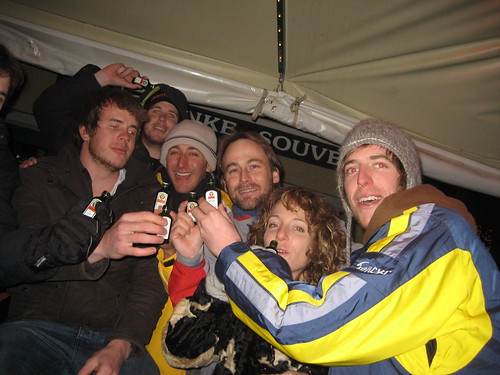 After the game: free Jäger shots for all!

Other than that, all I can say is: enjoy yourself, take it easy, and keep them Jägers coming!