Before buggering off out of the place, this morning I took a little stroll around the charming city of Freiburg — the first place I've ever visited in Germany — and explored its historic centre. My buddy Killes had already shown me a fair bit of the town last night: but it was too dark and rainy last night to see anything properly; so today, I re-discovered it again in better conditions. I stuck mainly to the area of the cathedral and the daily morning market (home to plenty of different foods), as well as the central shopping area. Sadly, all I had was about an hour to complete the tour, before I needed to leave: a bit rushed, but better than nothing. 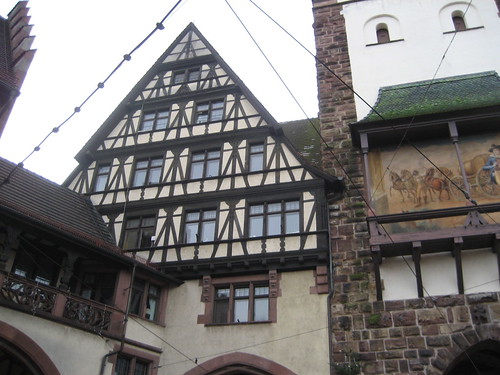 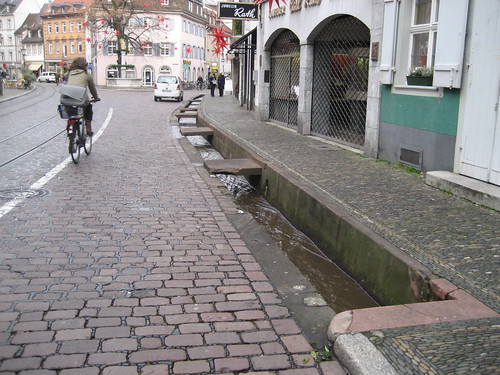 Medieval gutter in central Freiburg (originally used for sewage, now just carries stormwater). Oh, and did I mention that (apart from the cobblestones) Frieburg is a very bicycle-friendly city? 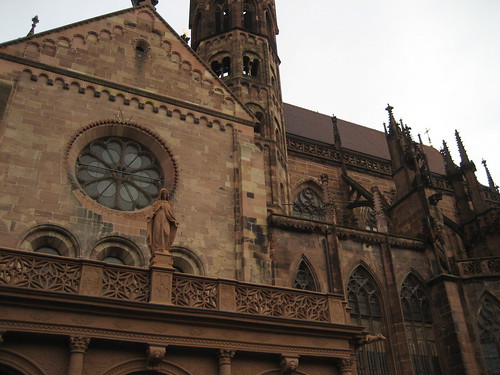 Freiburg cathedral, dating back many centuries.

Market in the square outside the cathedral. 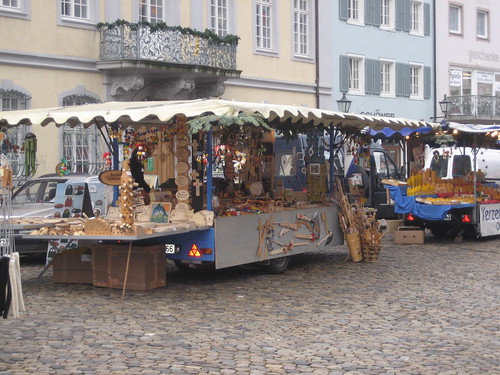 Toy stalls in the market.