1km ascent in one morning

I knew that today, day 2 of the Salkantay hike, was going to be tough; but nothing could have prepared me for the massive ascent that we made this morning, from Soraypampa to the edge of Nevado Salkantay. We literally walked almost 1000m uphill, in less than 3 hours. By the time we reached Paso Salkantay, at 4,600m asl, we felt pretty damn proud of ourselves. Although a little more oxygen would have been good.

The hardest part of the ascent was a seemingly never-ending windy dirt path, that made its way up a cliff-like mountainside in one giant zigzag. They really do love their windy zigzag mountain paths, here in Peru. But hey, I guess it's better than trying to walk up a cliff. A few of the crazier people in the group (such as me) went all the way up this bastard in one go, with ne'er a pause or a break of any kind; others took it a bit slower. Either way, we all made it up. 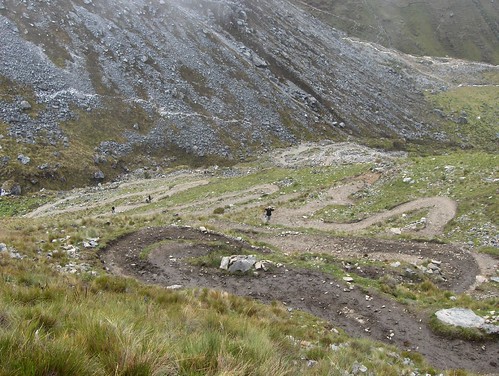 About as winding and as steep a path as you’ll find anywhere in this world.

After the zigzag, we stopped for a little break on top of a big, flat rock, situated just beside a serene, high-altitude little lagoon. There, we waited for everyone to catch up, we had some welcome morning tea, and we took some group photos. 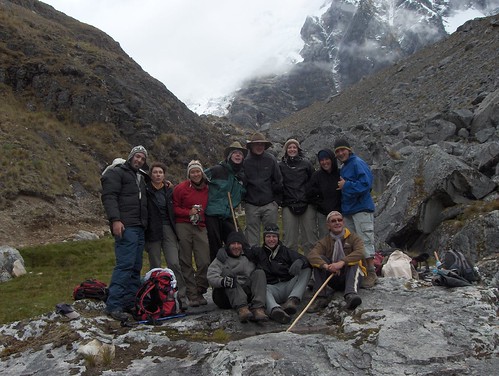 Team Feliz: the whole lot of us.

Then, it was all steam ahead for the rest of the ascent, until we made it to Paso Salkantay itself — the highest point in our whole hike. Obviously, being an auspicious occasion and all, getting to the top warranted an extended bout of group photo-taking, snacking, and even a bit of the world-famous Australian-Belgian Salute. The only thing that we really didn't have an extended amount of was oxygen: at such high altitude, we were all finding it a bit hard to breathe, and I was feeling decidedly light-headed. But nobody had any serious medical problems as a result of the altitude, thank G-d. 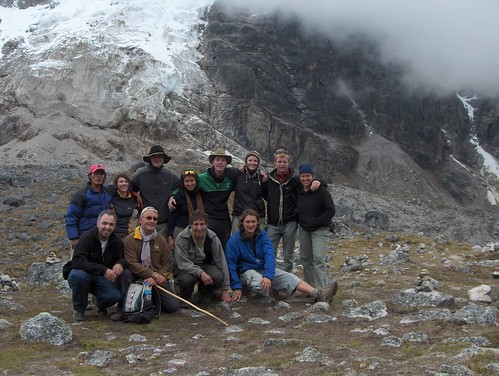 Climbing mountains and wading rivers brings you together in a very special way.

According to Felix, the word "Salkantay" means "unfriendly" in Quechua; so the mountain we were next to literally is named "unfriendly mountain". Only one group has ever made it to the top of Salkantay itself; another group (of professional mountaineers) tried a few years ago, and almost all of them were killed by an avalanche. As for us gringos, we just climb to the adjacent pass, and look on at the forbidding mountain above us.