At one of the villages that we stopped in, during this morning's hike through the Cañon del Colca, we found the famous "museum of local life", which is run by a charming and extravagently-dressed Quechuan lady called Victoria. Most people in the village only speak Quechua, but Victoria also speaks Spanish, in order to communicate with her gringo visitors. She gave us a cute and interesting tour of her little museum, which is just one room in her house, that she's filled with the little artefacts of daily life around here. She's one hell of an entrepeneur. 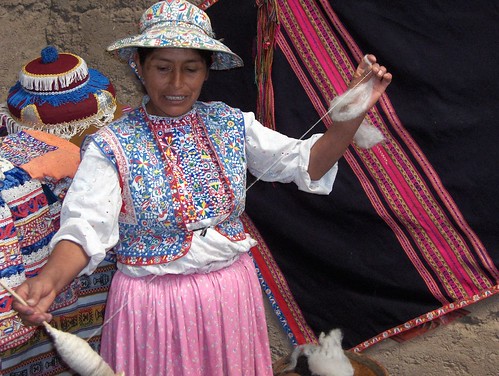 Victoria showing us her thread of llama fur, which is used for making things such as blankets and hats. 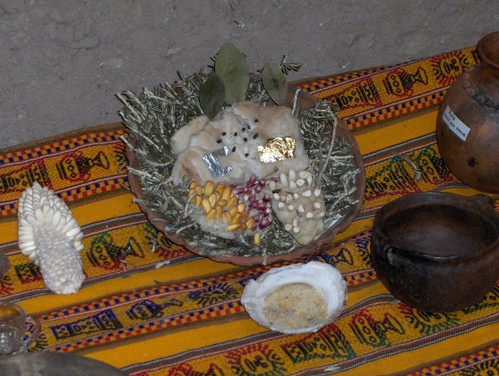 Sample of a traditional local offering of nuts and furs, adorned with gold and silver leaf, which is given to “Pachamama” (“Mother Earth”) as a sacrifice. 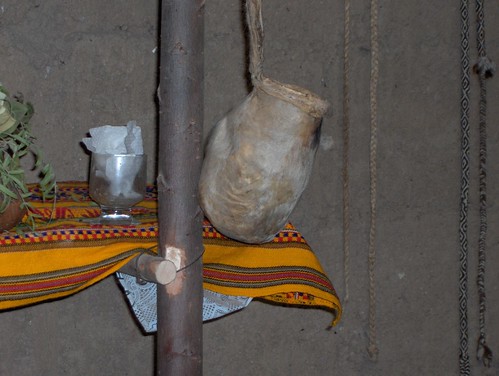 Apparently, this bag is made from a single llama testicle. Yuck! 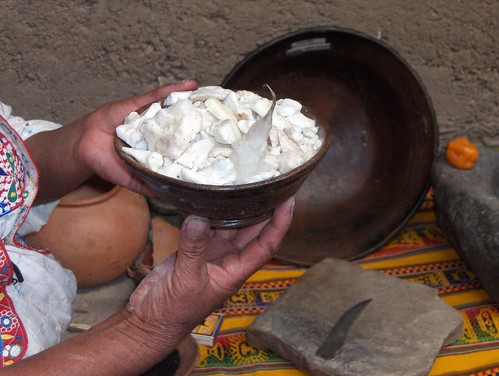 Great job she's done of setting up the museum; and everyone who comes and visits, gets a comprehensive and entertaining tour from the lady herself. Well worth popping in and seeing this place for yourself: makes for a nice little break in the hiking, too.