To the camp by the falls

Our first chance to all get to know each other, during the Doi Inthanon trek, presented itself today at lunch. There are 15 of us in all, and Europe definitely dominates: two Swedes, two Dutch, two Germans (two guys), four Danish (two couples), two English, two Canadians, and myself. We enjoyed a quick lunch in "*Cluck*'s village" — *Cluck* claims to live in the village's largest house — and we explored the houses and farmyards a bit. When someone asked *Cluck* if he had a baby in his stomach (due to his constantly baring the formidable chubby spot and patting it), he said: "yes, baby ladyboy" :P. From the village, we spent most of the afternoon hiking, until we reached our gorgeous camp by the falls. 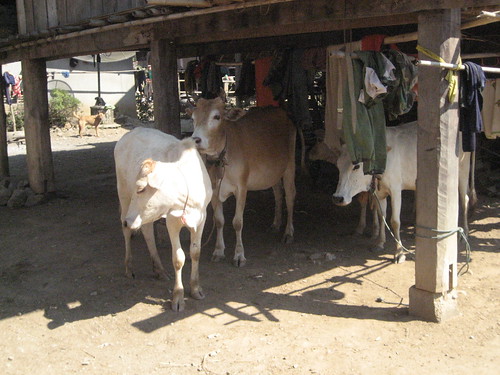 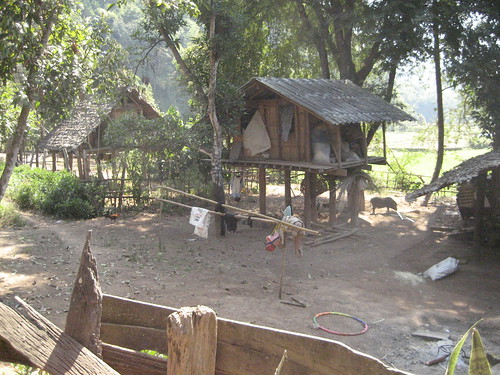 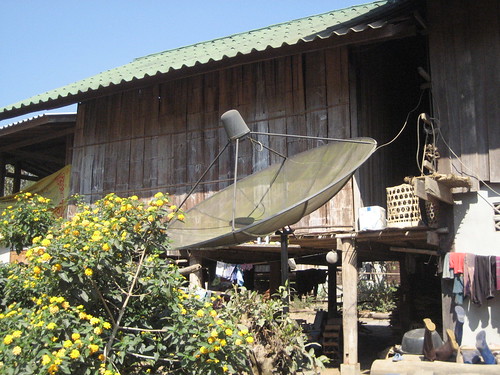 Traditional hill-tribe satellite TV dish — has been used by villagers since the ancient introduction of tourist money to the area.

This afternoon, our first bout of hiking during the trek was to set the precedent for all subsequent bouts: relaxed and easy-peasy. We hiked for about two hours — mainly along a winding jungle track — but also passing through some scenic rice fields, and along some lovely cool streams with fords and waterfalls. There were long and frequent rest stops, plus the jungle surrounds made the hike reasonably cool and shady. At one rest stop, *Cluck* picked up a bamboo stalk off the ground, started hacking at it with his machete — and when satisfied with his craftsmanship, brandished it at us and explained: "bamboo, good for make bong." 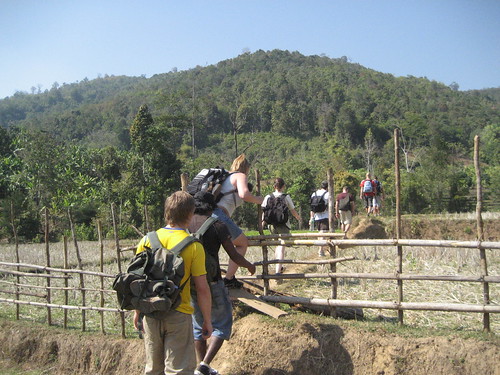 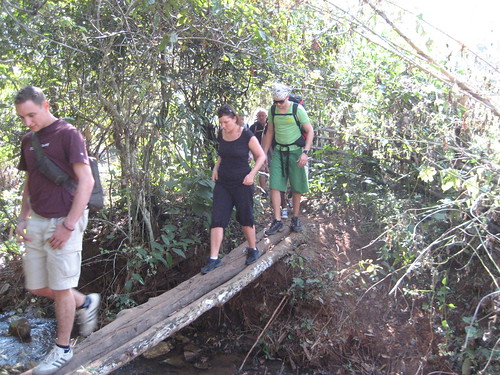 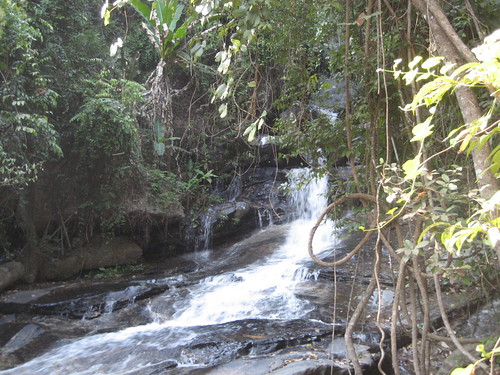 Pleasant waterfall and rock pool by a rest stop.

We reached the evening's campsite quite early — about 3:30pm — which was good, because it gave us plenty of warm, sunny daylight time during which we could enjoy the place. The campsite was right next to an enormous waterfall, which cascaded down into a large rock-pool that was divine for swimming in. The first thing we did, when we arrived, was jump in and have a dip — the water was quite cold, but very refreshing. 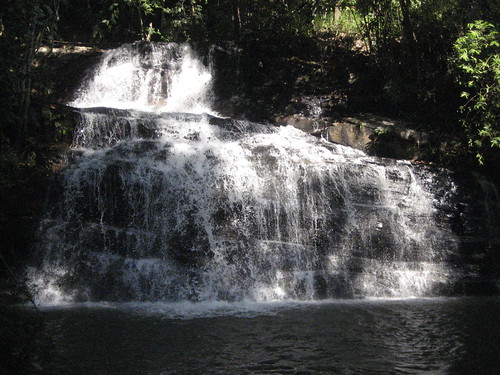 Waterfall and rock pool by the camp — very nice, I like!

The campsite itself consisted of bamboo huts, with hard beds that afforded no more than a few bamboo mats (no mattresses), and with what proved to be insufficiently warm sleeping bags and blankets. Rustic, but good fun for a night. It was a long, chilled-out afternoon of swimming, shmoozing and drinking (naturally, beer was available from the tour guides). This was followed by a big and delicious Thai dinner, a cosy huddle by the evening campfire, and even a few games of cards. Then, it was time to tuck in under the stars and beneath our trusted mozzie nets.