The Poms and the Canadians

Of the 15 folks (including myself) that comprised my group during the Doi Inthanon trek, four others were native English speakers. The Pom couple are from fair London, and they've lived in the Canary Islands of Spain for several years, where they mainly worked in bars and partied in-between. The Canadian couple are a sweet pair from Winnipeg, which they describe as being "right in the middle of Canada", far from the big centres on both coasts. 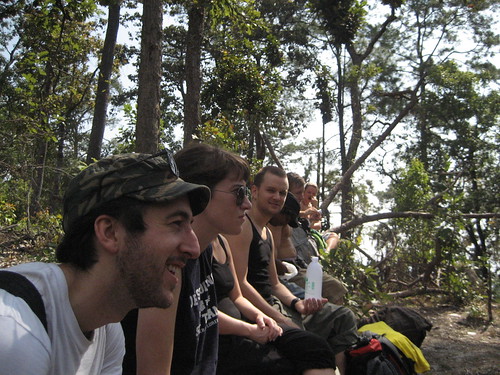