The paragliding that wasn't

One of the few recreational activities available in Lima itself is paragliding. You can do this just down the road from Miraflores, taking off on the tall cliffs that overlook Lima's pebbly, polluted beach coast. This afternoon, I decided to give the paragliding a try. Sadly, it turned out that paragliding today was not to be.

I got to the cliffs at about 4pm. At this time, there were already quite a lot of people sitting on the grass, waiting for the right conditions to spread open their parachutes, and to jump off into the air. But there wasn't enough wind yet, so nobody could fly.

Clear blue sky, but no wind for paragliding.

We sat on the grass for over 2 hours, enjoying the nice view, and waiting (fairly) patiently for the wind to pick up. Eventually, the sun started to set, and there was still no wind; so we gave up and called it a day. 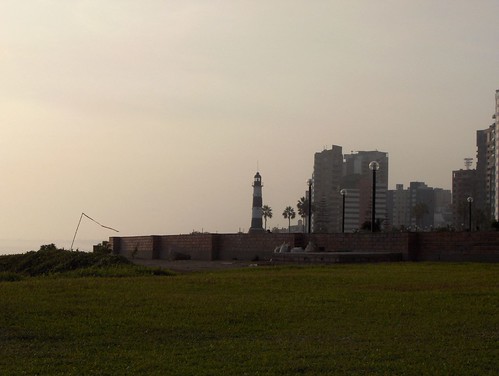 Hey, at least the scenery was nice.

Anyway, they did at least refund everyone's money. And what's more, I still have several days to kill in Lima, so I can try again before I go, hopefully on a day with more wind.

The long wait also wasn't all bad, as I had two nice British girls in my group who were supposed to be flying at the same time as me, and who kept me company on the grass. Sadly for them, they're leaving Lima tomorrow morning, so they won't be able to try this another day. 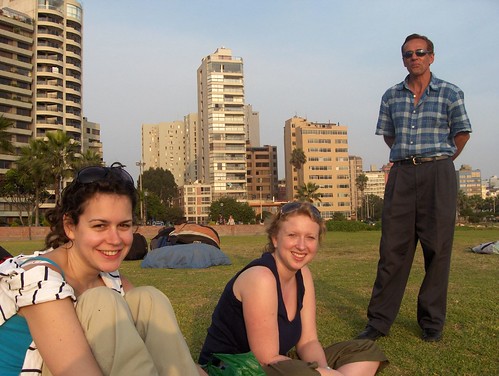