After yet another day spent madly trying to finish the Hampy web site, this evening I went once again to the village of Chocco, to help celebrate Terese's despedida (lit: "farewell party"). Terese has been teaching English in Chocco (with Hampy) for the past two months or so (as well as partying and drinking like crazy every single night in Cusco, like a good Irish girl should); but now, she's finally finishing up and going back home. She will be sorely missed. 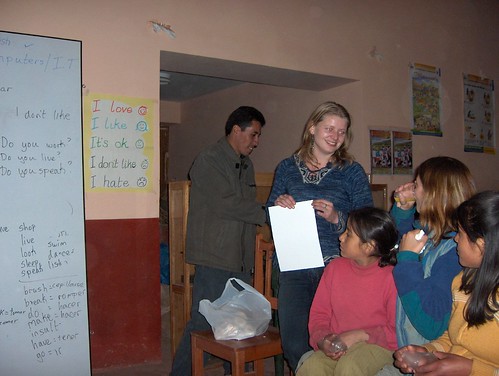 Terese receives her certificate for volunteering with Hampy.

The thank-you ceremony and despedida took place in the church-hall-slash-English-school in Chocco. Most of the jungle trip crew were there: myself, Ashley, Stephan, and Wil; as well as Jorge (and his brother, Sandro), and a tonne of the local kids that Terese has been teaching. There was a nice little ceremony, where we said an official thank-you to Terese, and gave her a certificate for all the hard (and unpaid) work that she's done. Then, it was time to eat, and to party! 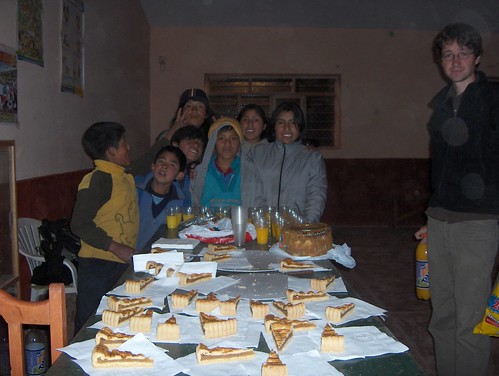 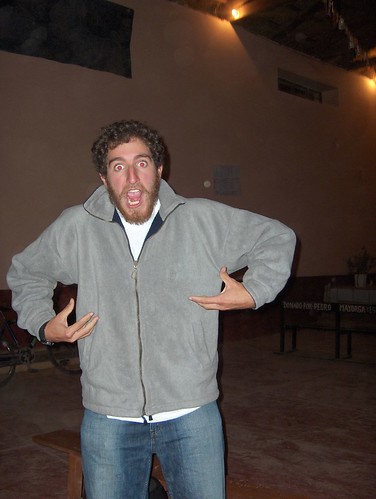 Really, I don’t understand why the kids in Chocco call me “el monito” (lit: “the monkey”) — do you see any resemblance? 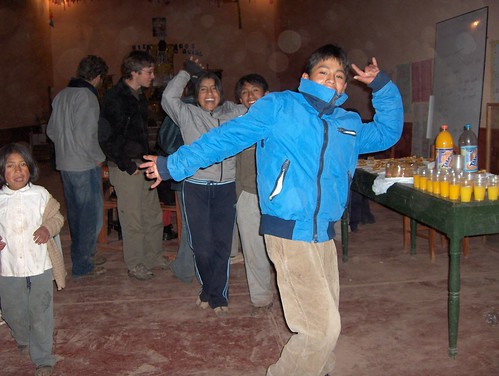 Of course, no party in Peru is complete without dancing. 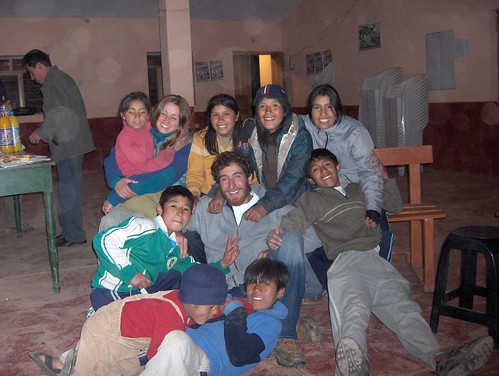 Really great bunch of kids they’ve got, over at Chocco.

‹ Rugging up for the altiplano Moray ruins ›
Filed in: Cusco • Party • Farewells • Volunteering