Stewie's a great bloke, who's originally from sheeped-in-history Kiwiland, but who now lives in Brisbane as a high-school science teacher. Stewie's just been up in Laos, and the guy absolutely will not stop raving about the place: if he can be believed, then Laos is truly the most kick-a$$ place in the world, and at an unbelievably low price. Stewie's a lethal party animal; and like everyone else here on Ton Sai, he's here mainly to enjoy the amazing climbing to be found on this rather rocky ol' peninsula. 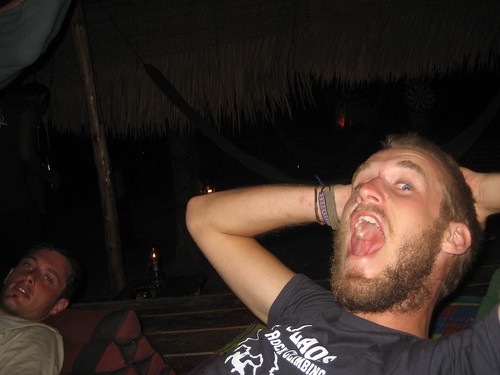