Sophs is a girl who vehemently claims to be a Kiwi, but who talks with as British an accent as any I've ever heard. Hence, she is a wannabe Kiwi (Christ... aren't there better things to wanna be? :P). I met her on the boat to Amantaní this morning, along with her two friends who actually are British. She's crazy in every fiber of her being, from her outrageous comments, to her endless drinking, to her flamboyant dancing. Gotta have one like her on every ride. 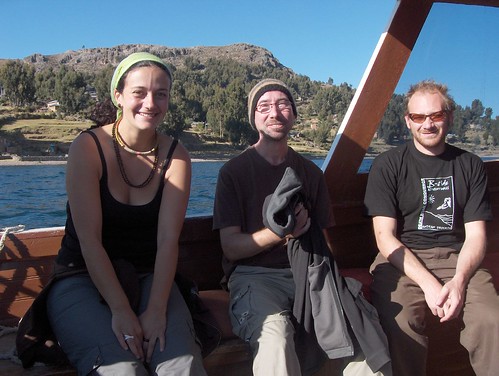 Crazy Sophs on the left.