Apart from getting stopped by police, I did also enjoy myself this morning in Sicily. From Campobello, I continued east, and stopped by at the ancient Greek ruins of Selinunte. Selinunte is the first of several Greek archaeological sites strung along Sicily's south coast — and like the ruins of Segesta further north, its highlight is a big columned temple. A single temple is the only structure that really remains intact today — but the rubble that makes up the rest of Selinunte shows interesting clues as to the site's former glory; and the scenic views of the surrounding sea and countryside is gorgeous. I can certainly see why they chose this place for honouring the G-ds, back in the day. 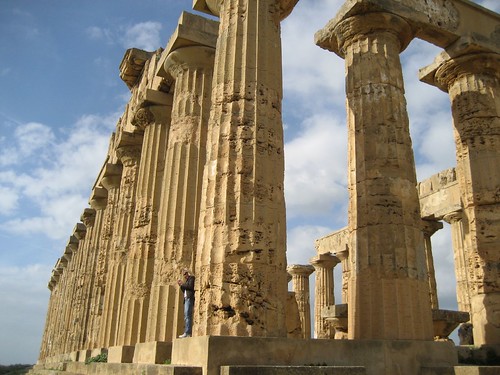 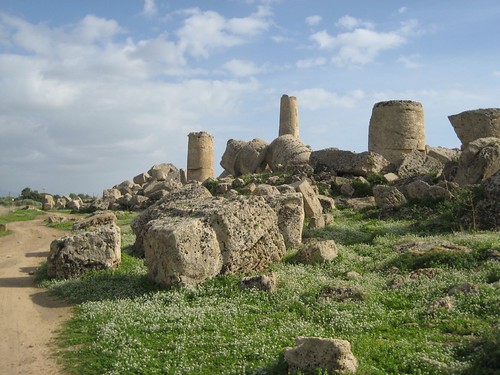 Other ruins are just rubble. 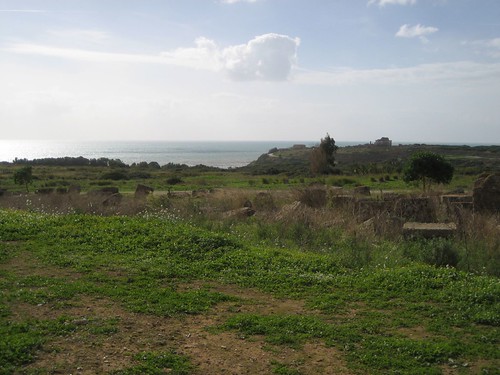 The coolest thing about today's visit to Selinunte, was that with the help of a friendly local, I got in for free! When I rode into the carpark and tied up my bike, I pulled out a whole bunch of vegies, that I'd bought a few k's back, in Campobello. Since I didn't know where I'd be camping tonight, I needed to wash the vegies so they'd be ready to cook (in absence of water facilities), come evening. So I ducked into the bathroom outside Selinunte, and started washing my vegies in one of the sinks there. A shopkeeper running one of the souvenir stalls saw me. I guess he kinda felt sorry for me, and he realised I was a poor student backpacker — plus he was a really nice guy. Anyway, he decided to give me some advice.

"Don't buy a ticket — you can easily walk round the side and jump up and over the wall", he told me; and he showed me a spot where I could, indeed just jump up and into the archaeological park unseen. So that's what I did! 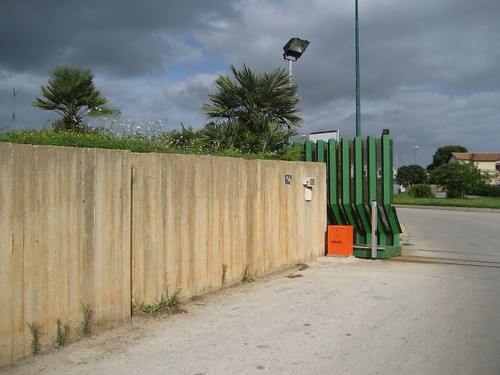 Not too hard, getting into Selinunte for free — just step up onto the little metal box next to the front gate, and hitch yourself up onto the concrete wall. You can exit the same way.

Good thing I was shown this too, because I believe the entry ticket was a bit pricey (and didn't involve a student discount), and I've been charged unnecessarily enough for one morning. Just goes to show: it's all swings and roundabouts, eh? One minute people are calling the cops on you unfairly; and the next, they're showing you how to sneak around entrance gates, and to avoid buying tickets. Random pain, random kindness — that's what makes travelling this world an interesting place.

‹ Booked on the autostrada Axle-deep in cement ›
Filed in: Sciacca • Greek • Stunning • Archaeology