To finish off my travels for today, this afternoon I stopped by the Greek ruins of Segesta. Located smack-bang amidst rolling countryside — near the town of the same name — Segesta is a large and impressively well-preserved temple (and ampitheatre), and is believed to be about 2,500 years old. It's also, as far as I'm aware, the first set of ancient Greek ruins that I've ever seen in my life; and it seems to be that it was a very good place to be introduced to it all. I reached the archaeological site rather late in the day (4pm), so I wasn't able to take the shuttle bus up to the hillside ampitheatre. However, I had plenty of time to explore the temple, and to admire both the ancient construction and its pleasant rural surroundings. 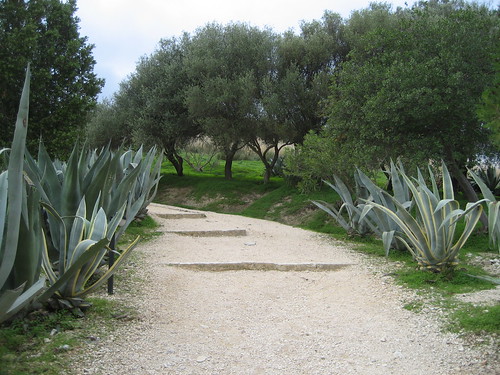 Charming garden path leading up to the temple. 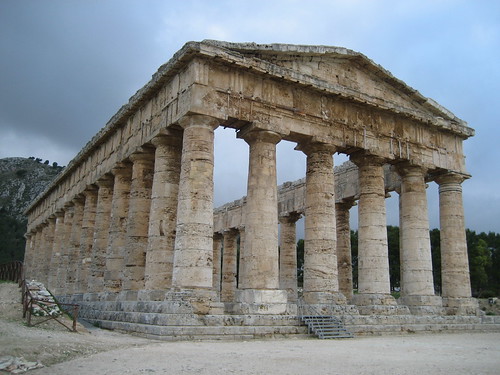 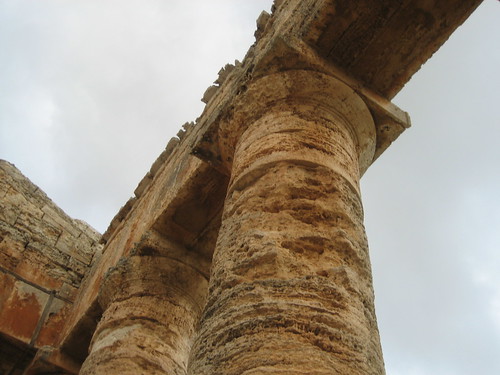 Massive pillars have held the stone frame of Segesta standing for millenia. 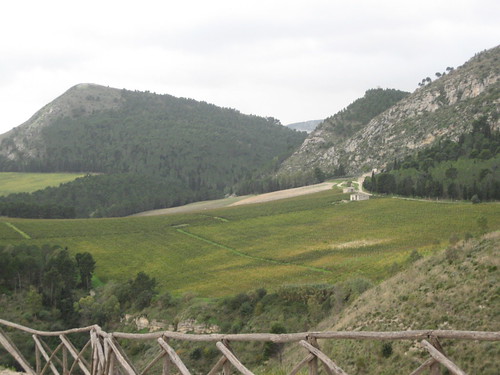 Sicily is peppered all over with Greek ruins, but Segesta is one of the more significant ones — not to mention imposing. I can imagine that it gets very busy here in summer; but like everywhere else down here, at the moment it's quiet and sleepy. There were a few other stray tourists here, when I popped in this afternoon; but no more than a handful. Although that didn't stop the attendants at the gate demanding that I pay for a ticket — anyway, at least they gave me a student discount, which made the entry fee to the temple a small pittance.

It was cool wandering around inside the temple columns, and feeling their ancient and enormous presence all around. The end of the day is a nice time to be here, and I imagine early morning would be good as well. Since it was so quiet, I also had no worries about leaving my bike at the bottom; it was locked up, but it was still packed with gear — as I suspected, it was fine around the few innocent fellow tourists in the carpark.