Bought one of these beautiful little packages of cup-and-five-dice, just on the edge of the Salar de Uyuni, as part of my three-day tour of the area. Made entirely out of salt, which is then fired in an oven, and glazed and painted. The dice were used for many a game of Yahtzee over the course of the salt flats tour. 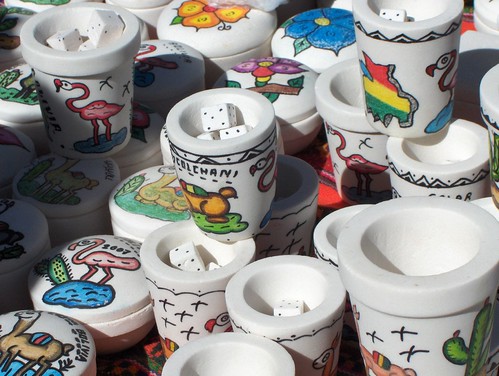 Sadly, I no longer have them, as I gave them to our tourguide's little son as a present, at the end of the tour.