For our first day in Arequipa, Chris and I awoke to find the city overrun by protestors. Seems that there's a teachers' strike going on here: staff in the city's pre-schools, primary schools and high schools are off work, and have taken to the streets, (presumably) demanding the usual things such as higher wages and better conditions. The demonstrations are fairly peaceful, but they're disrupting traffic really badly, and they're resulting in numerous road closures. 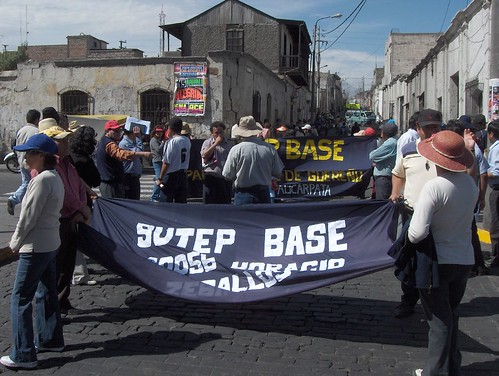 Teachers marching through the streets of Arequipa in protest.

The blocking of roads into and out of the city is a serious pain for us, as we're going to have to leave at 1am (instead of the usual 6am) tomorrow morning, to get to the start of our Colca Canyon 3-day hike. Apparently, the local buses are refusing to run as usual, due to the strikes; and even the ones that are running, aren't guaranteed to get where they're going (tourists don't get any special concessions at roads blocked by angry protestors, around here). 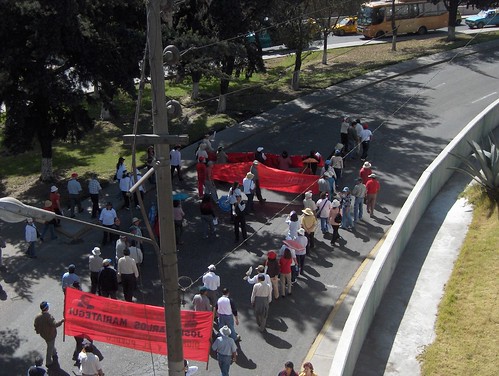 Protestors everywhere: the city’s drivers aren’t too happy about it.

Amazing: we managed to get through a month in Bolivia — el pais del paros (lit: "the land of riots / strikes") — without seeing a single protest; and after one day back in Peru, there's one on our doorstep!