Orlando is a guide who takes his job very seriously. Like all the jungle guides in Madidi, he's a real character. When he walks you through the jungle, he goes stealthily, on tiptoe; and he motions for you to do the same. When he thinks he can hear an animal nearby, he turns around rapidly, and brandishes his machete, as if daring you to make another step or to produce another sound. And when he discerns that some animals are on the move not too far off, he suddenly breaks into a run, and you have to follow accordingly if you want to see what he's chasing. But also a relaxed, friendly, and amicable guy. 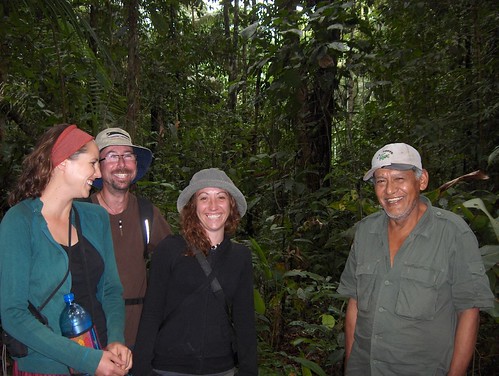 Orlando in the jungle with us (on the right).