Louis is a French computer science student, who's on an overseas "work placement" of sorts (the voluntary sort) at Amigos. His main task at Amigos is to build them a new web site, which he's doing using the very cool system Ruby on Rails. He hasn't got much experience with web design or development, and he hasn't been given many resources (he has his own laptop, but no Internet at Amigos!); but he's done a good job so far. He's also a juggler, a fearless drinker, and a great part of the Amigos team. 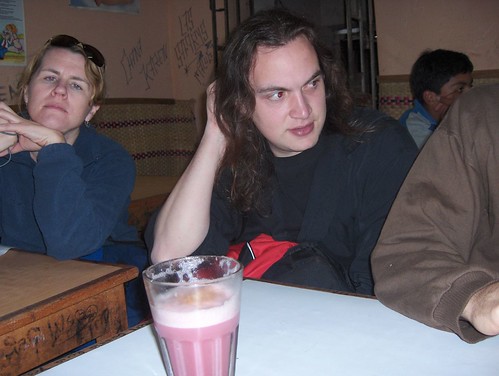 Chilling over a frutillada drink.