Two of the people on the Doi Inthanon trek with me, Linus and his friend are a pair of young Swedish friends. I can't remember the friend's name; but I remember Linus, of course, because of that name's fame. One of these guys looks pretty Swedish; but the other is black as can be, and is clearly not of Swedish ancestry! These two guys are nice enough, although they're not the most talkative pair — and they prefer to speak to each other in Swedish, than to talk to the rest of the group in English (unlike most Swedish people I've met on this trip). 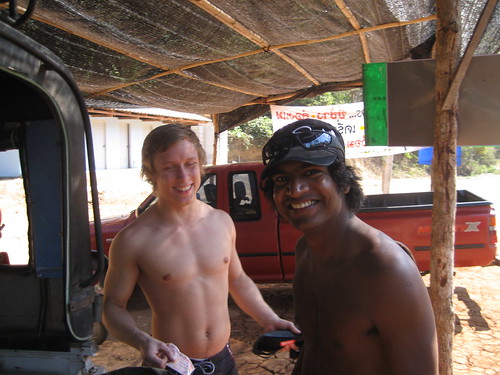 Linus and friend, after the bamboo rafting.