Yesterday, we did the actual salt flats of the Salar de Uyuni. Today, we were done with the salt flats, and what we saw at each stop of the 4x4 was lagunas, lagunas, and more lagunas (lit: "lagoons"). We saw Laguna Colorada (lit: "colourful lagoon" — so called for its striking red, blue, white, and grey colours), as well as various other lagunas, most of which I can't remember the name. Also saw lots of cool pink flamencos (lit: "flamingos") in the lagunas, and a tonne of vicuña (small furry animals, kind of like something in-between a llama and a deer). Spectacular scenery all the way. 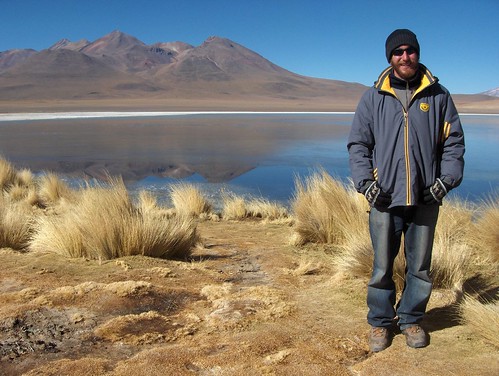 That’s me, and a daym sweet reflection of a mountain on one of the lagunas. 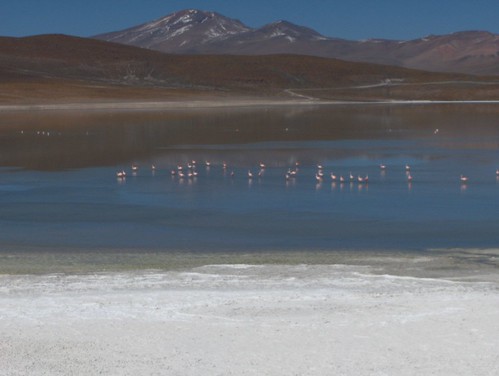 Pink flamencos swimming in a laguna. 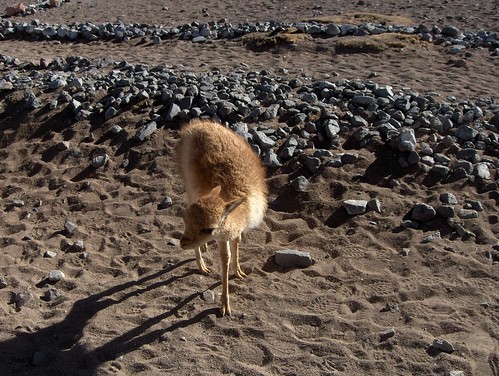 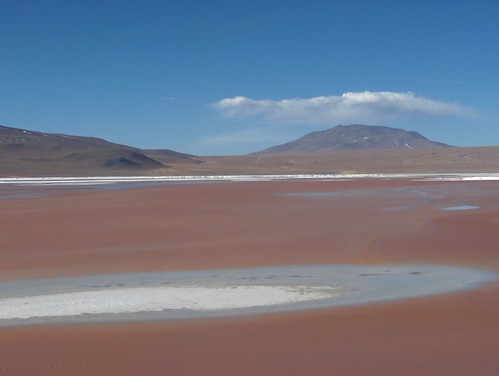 Cool colours of the Laguna Colorada.