Jake and Mitch are two Aussie brothers, one of whom has been to Kitzbühel before (and who just can't get enough of it), and who seems to know everyone in town. These two are absolute champions: they're utter bogan knobheads, and they're fond of getting wasted well beyond the limits of regular mortals; but they're also ridiculously friendly. They rocked up to Snowbunnys this evening, where they'll be staying for a few weeks, while they try their hand at snowboarding up on the mountain. At least, they might try some snowboarding — assuming that they can make it up the mountain, which is only possible on the rare occasion that their après-ski sessions finish before the sun rises. 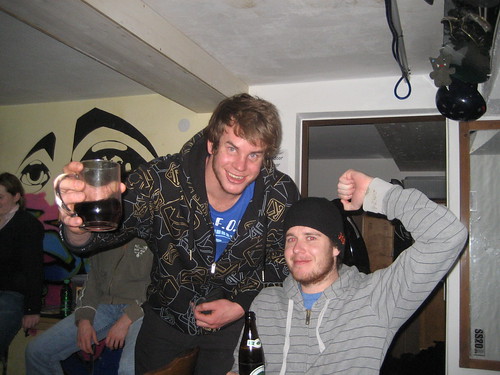 Jake and Mitch: won’t be forgetting these lads in a hurry.