I've had a haircut

And if you've looked at any of my photos from the last 4 months or so, you'll understand why this is such big news. That's right, people: I'm not kidding, I'm not pulling your leg; I've actually done it. For the first time since leaving Oz (about 6 months), I've finally had a haircut. And for the first time since coming down to South America (about 5 months), I've also had a shave! My reasons for not doing this for so long were many, as were my reasons for deciding to end the experiment today. Anyway, I did it this afternoon, here in Otavalo. And I'm now shorn as a sheep, smooth as a baby's behind, and cold as a Jamaican in Siberia. And the hair is gone.

Reasons why I haven't shaved or had a haircut for so long:

Reasons why I decided to shave and get a haircut now:

So that's it. I was planning to hold off the haircut until I got to Buenos Aires, in Argentina, but the reasons for doing it right now turned out to be too numerous to wait any longer. Now, I guess the beard will return to its regular, modest, closely-trimmed self, and the hair will return to its traditional routine of being cut every 6-8 weeks or so. It was good while it lasted. And I gotta say, I miss it. But hey, nothing lasts forever. And you can't keep looking like a hairy gringo indefinitely.

Also, hopefully I'll get used to having so little hair once again; because at the moment, I'm really cold! 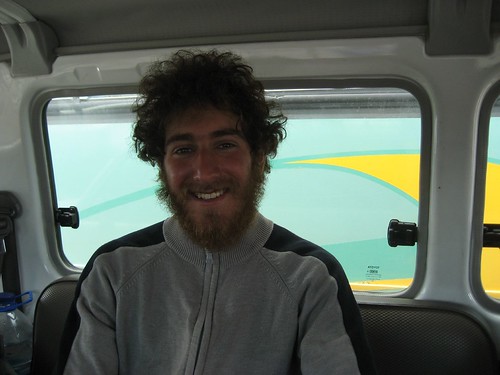 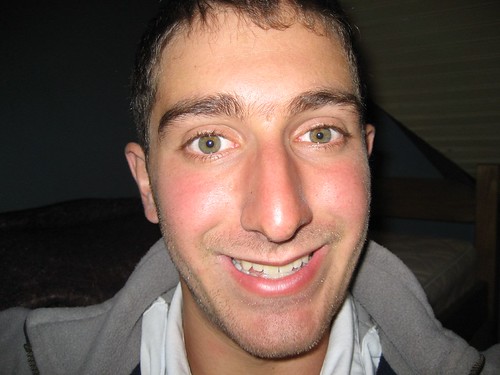 to be or not to be hairy

Well, my darling son, all I can say is that Dennis will be thrilled. And I also thought enough is enough. But, who am I to tell you what to do.....
And yes, well, I wasn't going to comment, but I am sure the ladies didn't like the wild and woolly look either.
And, of course, not to mention, customs and airports.
Lotsa luv, mum