Walking into DrupalCon felt — for a die-hard fan like myself, at least — like walking into the cast of my favourite movie of all time. All these people whose avatar photos I've seen, whose blogs I've read, whose patches I've reviewed, whose criticism I've received, and whose IRC handles I've chatted with (all for the past 2 years) — all of them suddenly, in a very surreal way, came to life before my very eyes. So I finally have proof that this whole Drupal thing is not a great big online hoax: as I always believed, other Drupal people do actually exist in real life!

Here are just a few of the amazing and crazy people that I finally managed to meet today: 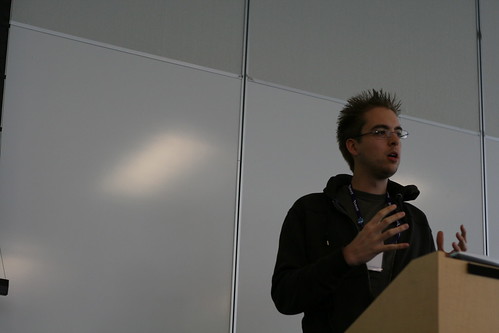 Dries, father of all that is Drupal. 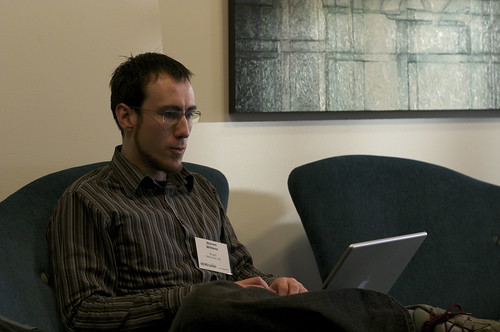 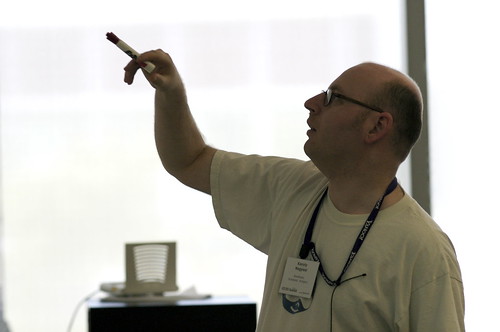 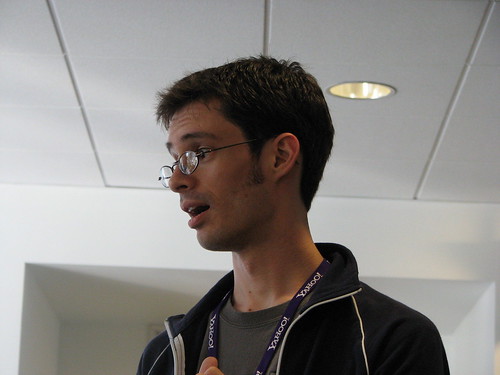 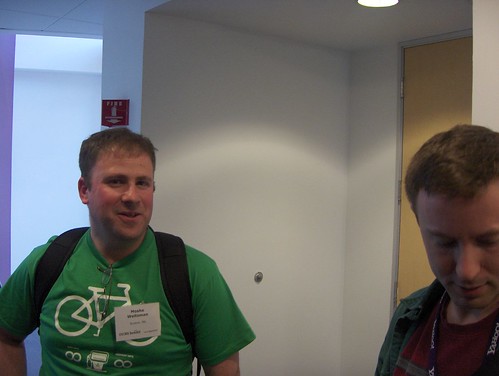 Moshe, my boss for a bit, and one of the stalwarts of Drupal.

(Sorry, the photo of Walkah got lost over the years).

Walkah, Bryght guy and head of the Drupal Ministry of Cool Modules. 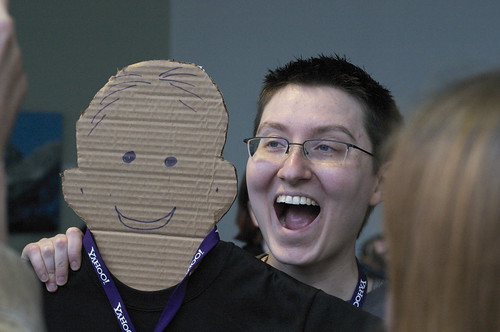 Webchick, the only Drupal developer who we’re pretty sure is not a guy. 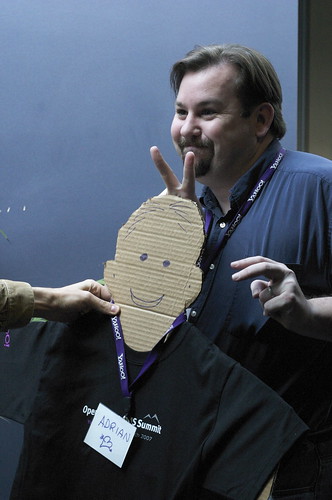 Merlinofchaos, the guy who has a view on everything. 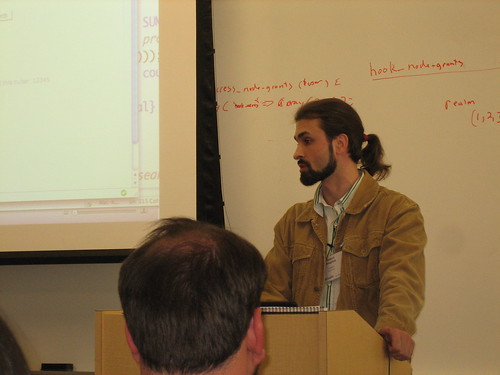 RobertDouglass, author of the first-ever Drupal book, big big SoC advocate, and one of so damn many Lullabots. 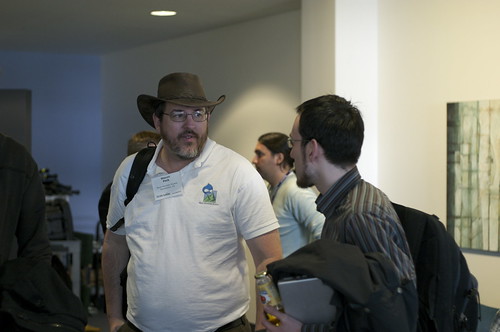 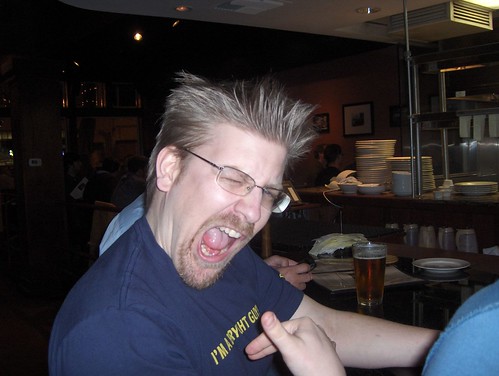 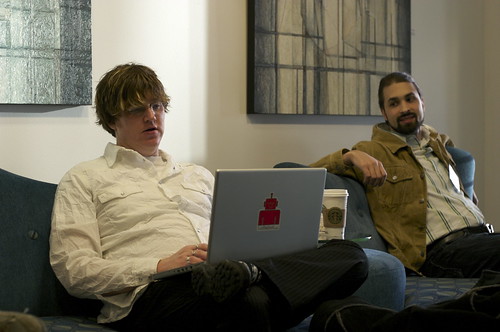 Jjeff, the unofficial voice of Drupal. 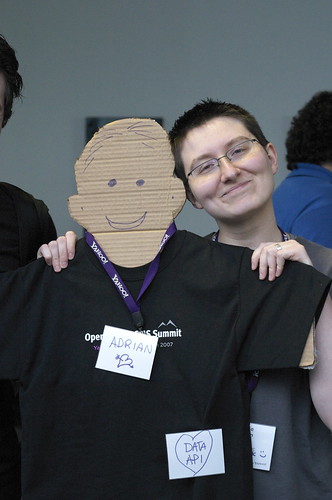 Adrian, my SoC mentor last year, who couldn’t make it due to visa difficulties, but whose very amicable cardboard stunt double I met. 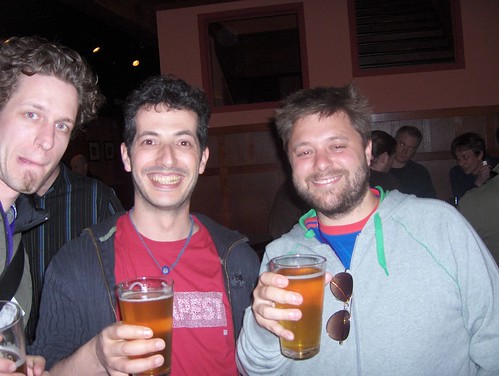 Jose Reyero (red t-shirt, in the middle), guy in charge of the i18n module, and cool Spanish dude. 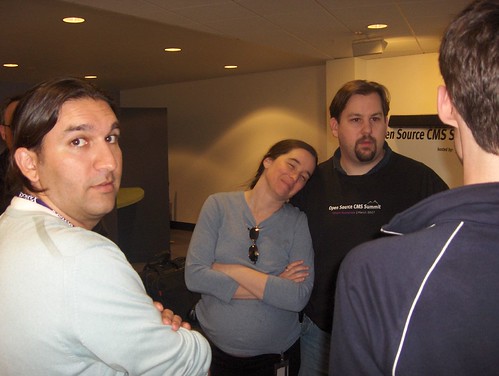 Kieran Lal (on the left), head of CivicSpace, and the first Drupal guy that I met today (saw him on the train in). 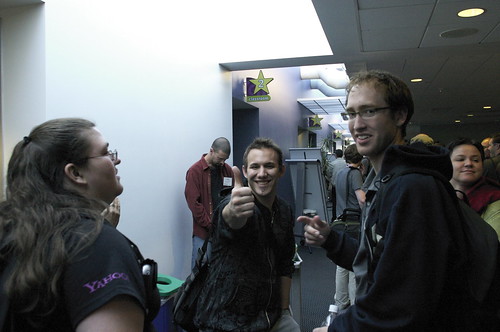 Dopry, who I honestly thought would have an Irish accent, but who doesn’t. 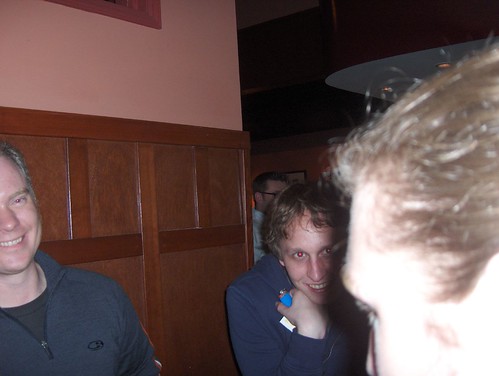 This is just a handful of the famous people that I met at DrupalCon. For those of you that I missed out, sorry — it's probably because I couldn't find a photo of you in the Flickr pool, or because you just slipped my memory (that's due to my memory being crap, not due to you being unmemorable, trust me).

Thanks for the roundup of photos, that's the closest I've felt to being there by a long shot!

This is the first time I've ever actually seen pictures of all but one or two of these guys. Thanks for sharing this!