From my field near Sciacca, I continued east along the coast this morning, and passing by some random possible gum trees along the way. It was rather a hurried exit I made this morning, as the neighbours on the field spotted my tent — however, they didn't seem annoyed about it, they even walked past and said "good morning". Nevertheless, I didn't want to hang around and test their hospitality further: so at 7:50am, it was my earliest on-the-road start so far. The morning ride was glorious: as with yesterday, the Sicilian south coast continued to grace me with easy terrain, fine weather, gentle winds, and romantic Mediterranean scenery. My first stop for the day was the seaside Greek ruins of Eraclea Minoa.

Dating back to around the 3rd century BC, Eraclea Minoa is Greek Sicilian ruin site no. 3 that I've seen so far, and it's by far the most low-key. Like Selinunte (from yesterday), the site is in a gorgeous location overlooking the sea; but unlike Selinunte and Segesta (from Sunday), there's no formidable or well-preserved temple to see here. This — combined with the fact that the ruins are a 10km detour off the main highway — makes it questionable whether the place is worth shlepping out to. If you ask me, the trip is rewarding mainly because of the tranquil environment and the charming scenery. The ruins themselves are, in this case, quite ruined indeed. 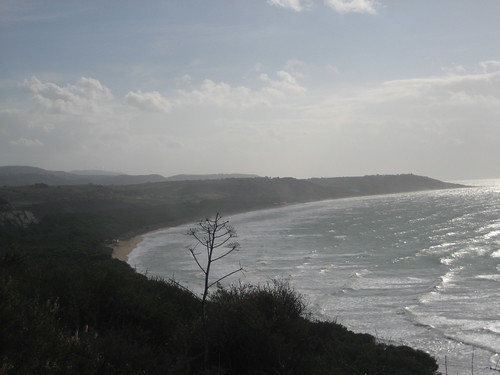 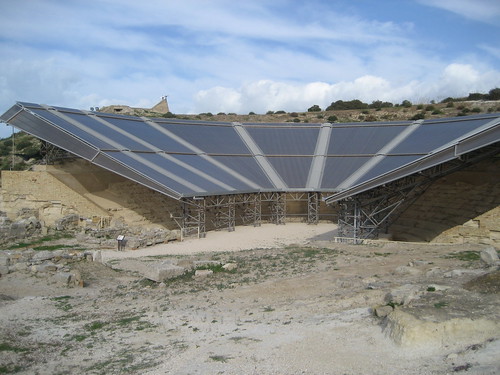 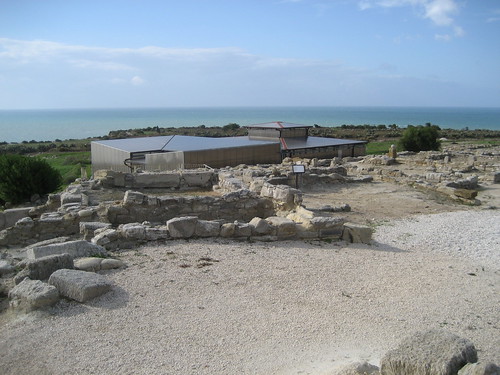 According to my guidebook, much of Eraclea Minoa is still being excavated — this is clear from the heavy scaffolding that covers most of the ampitheatre, and from the various ropes and covers around all the other ruins as well. However, I doubt that they're going to find much more than what's here already: basically, it's a largely ruined site, in a very isolated location, that's only of interest to the more keen and scholarly of tourists. But that does make it nice and quiet. 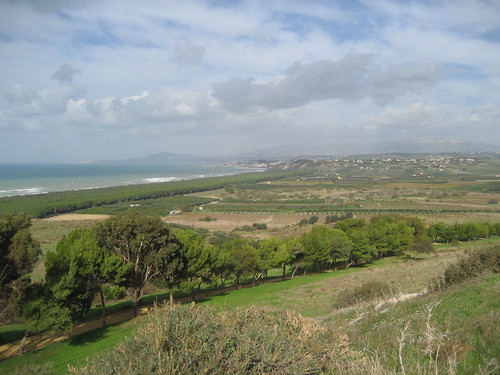 Farms and coast, looking west from the ruins.

I rocked up to Eraclea Minoa at about 10am this morning — and as far as I could tell, I was the only tourist there. I was greeted personally by the custodian of the site, and there were people working the entrance stall — the few other folks walking around inside the ruins seemed to be staff as well. I saw a coffee stand at the entrance, but it was shut — probably won't be opening again for another 4 months, or more. The staff there were very friendly — and upon waving my student card, they even insisted on letting me in for free! I wouldn't have protested at paying a paltry 2 or 3 euros, but they wouldn't hear of it.

It was a detour of about 20 minutes each way, to get from the highway to the archaeological site: easier coming back, as it was more downhill; but not terribly challenging either way. Once I was done wandering around the ruins and having a break, I made my way back to the highway, and continued east towards Agrigento.