Ahhh, the Oiyrish — gotta love 'em after the first few beers, gotta be ready to catch 'em after a few more. Ed's no exception: he's just like the rest of his kinfolk. Ed's part of the Patanuk crew for this week, and he's a really fun mix in the collection. Always got a joke or two up his sleeve; always got room for another beverage in that Irish stomach of his; and occasionally got the capacity to get up of a morning, and to go snowboarding. A great ambassador of his fine nation. 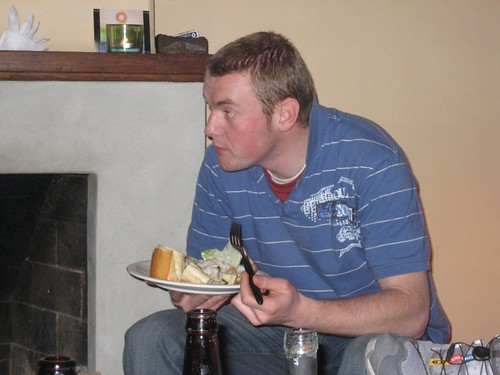