Today's cycling was still very windy, and quite cold. But it was very short, and it was downhill virtually the whole way. From last night's field near Corleone, it only took me about 2½ hours this morning to ride north out of the mountainous Mafia heartland; and down to Palermo, the capital and largest city of Sicily. It took a little while to get into the centre of Palermo — plus, I was forced for the first time to cycle on the autostrada (freeway), as there seemed to be no other way to reach the city centre (I don't think bicycles are allowed on the autostrada — but what the hell). Seeing as it was such a quick ride to the capital, I guess I can spend the rest of the day relaxing and recovering from my rugged time in the hills. 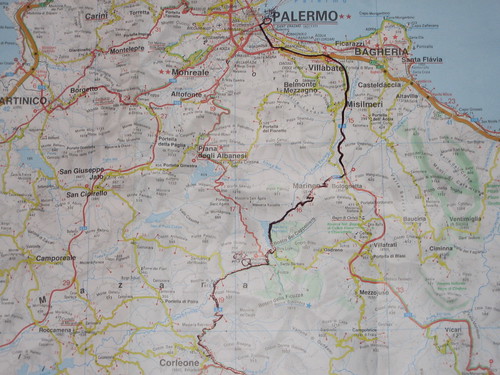