A group of us from Valladolid got to Chichén Itzá at about 9:30am; and it was lucky we got there early, because 2 hours later, the entry queue was over 30 metres long. Chichén Itzá is the least amazing of the ruins I've seen so far in Mexico. The ruins themselves are impressive as usual, but the place is completely overrun by tourists.

The pyramid at Chichén Itzá is massive and monumental, but you can't climb it. Apparently, someone fell down it about 2 years ago, and it's been closed ever since. 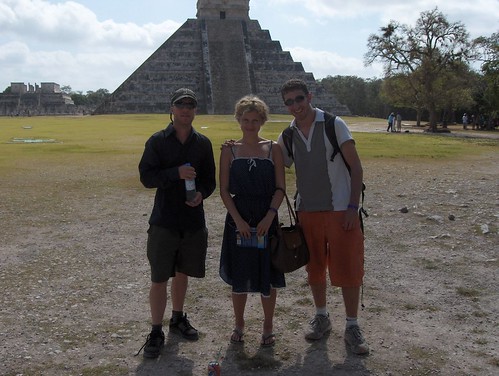 Andy from Washington State, innocent Swedish chick, and myself (left to right). And the pyramid of Chichén Itzá in the background.

Probably the worst thing about Chichén Itzá is that they let peddlers into the site itself; so that wherever you go, people have set up "markets", and are trying to sell you massively overpriced rubbish. Some guy was trying to sell me a foot-square leather wall hanging for 250 pesos. What a ripoff. I only bothered bargaining him down to 200, before I walked away without buying it. 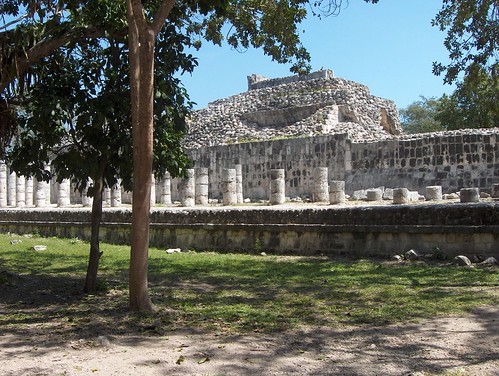 However, having said all of this, the ruins themselves are very nice, and are worth seeing.

There's also a great, natural pool on the edge of Chichén Itzá, which doesn't look swimmable (or accessible, for that matter), but which is very pretty. 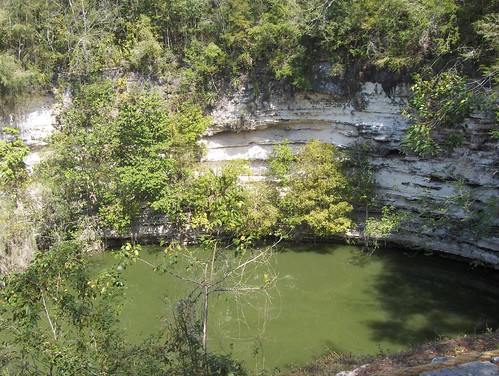