All good things gotta come to an end, and what a lovely end it was. Today was my 7th and final day of snowboarding, here at the alpine resort of Cerro Catedral. Considering how crap the weather's been all week, I wasn't expecting much this morning: but I was rewarded for my week of perseverance — the sun was shining down on me today! Lovely weather, slightly less crowds, and the best snowboarding so far, all combined to make this about as good a finale for the week as I could have hoped. Got some great piccies today, did plenty of runs that I've never ventured down before, and finished the week with enough bruised body parts to keep me sore for a while, but luckily with no broken bones.

When I arrived at the mountain this morning, the village was encased in cloud, and the whole place was a white-out with zero visibility. Didn't look very promising. But the people that I spoke to (in the village) assured me that the cloud was just hovering at the bottom of the valley, and that up on the mountain it was clear and sunny. I was a bit skeptical of this, but I hoped they were right. And when I went up the chairlift to the top, I found out that their description was indeed 100% spot-on. From 2/3 of the way up the mountain, the village at the bottom was just a carpet of cloud, and the peak further up was a roof of cloud — but the slopes in between were clear and inviting. I rushed down the slopes to get my camera, and promptly returned back up to the summit. 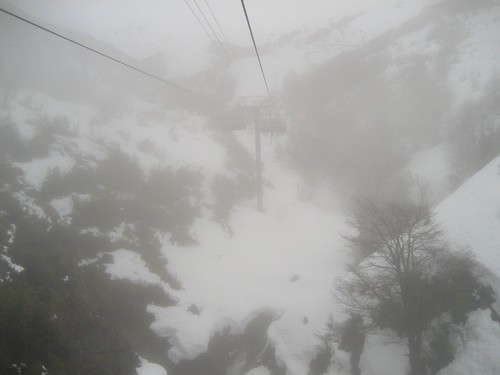 Visibility zero, at the bottom of the chairlift. 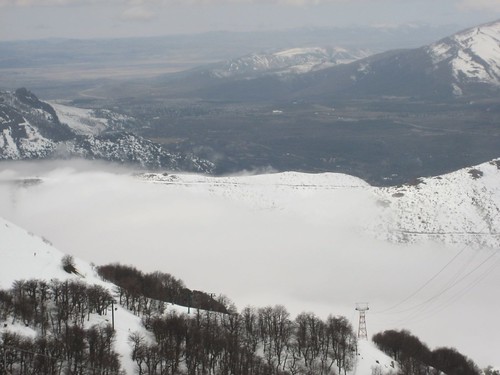 View from the top: the village carpeted in cloud below the slopes.

Some keen skiers tackling a steep, powdery ungroomed run under the chairlift. 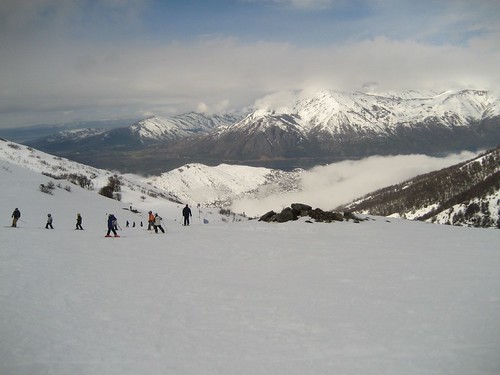 What a vista to enjoy, while you’re skiing/boarding down! 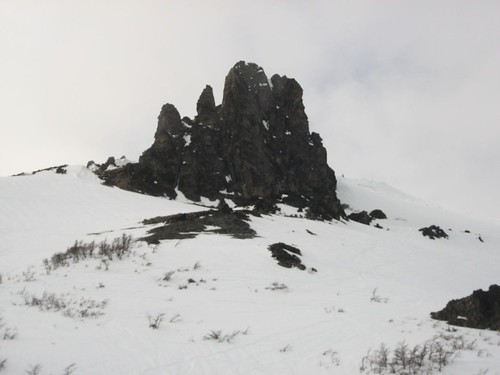 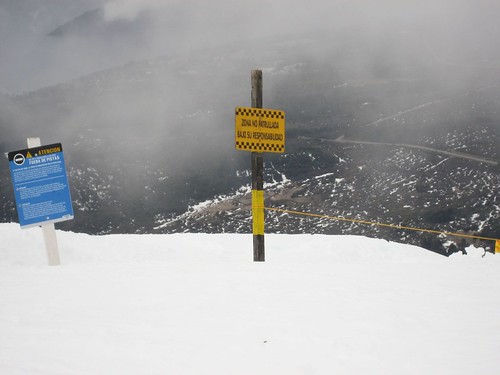 Edge of the resort. Sign reads: “Unpatrolled zone, area beyond our responsibility”. I know some people who love ignoring those kinds of signs. :P 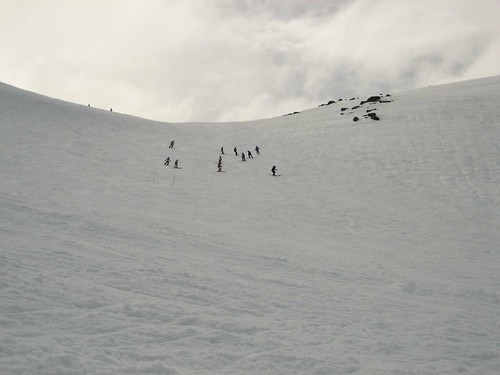 Lovely red run (“hard blue”) at the top of the Militares chairlift. 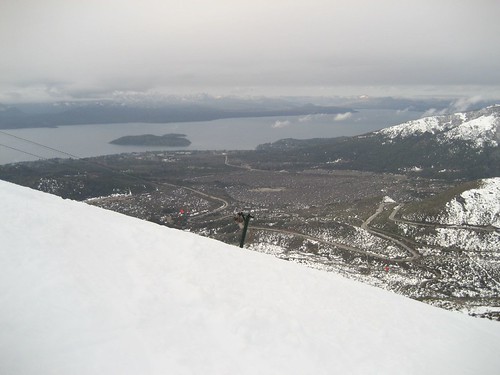 View of the lake and the road back to Bariloche. 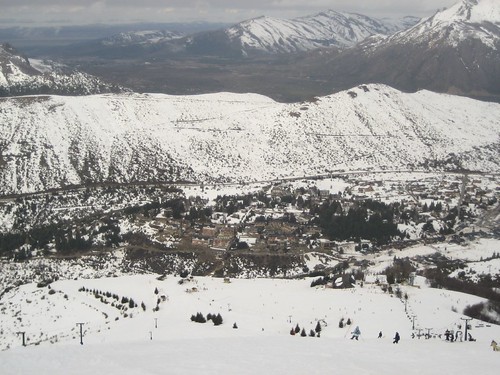 Towards the end of the day, the cloud in the valley cleared, and the village was visible from the top.

After the big night that some people had last night, nobody else at Patanuk was, shall we say, conscious this morning — so I went up by myself, and I had a whole day of doing as much snowboarding as I wanted. And boy, did I take advantage of it! For some reason, the slopes seemed to be less crowded today than they have been all week (yeah, best weather, smallest crowds — go figure), so the chairlift queues were generally nice and short. I stuck mainly to the lakeward side of the mountain, in particular going up Condor chairs I, II, and III, and doing the beautiful, steep, wide, and panoramic blue/red run that goes all the way down under these three chairs.

It's been a fantabulous seven days that I've enjoyed, here on the slopes at Cerro Catedral. The weather hasn't been ideal all week, but I learned a lot and I had plenty of fun nonetheless. Seven days ago, I could barely stand up on a snowboard; and now, I can cruise down a fairly steep run on a board, doing some nice arcing turns, without stacking it every 5 seconds (only every 10 or 15 seconds :P). I can't exactly say that I'm "converted for life" to being a boarder — I think that skiing will always be my snowsport of choice — but snowboarding was definitely worth a try, and it was much more fun than I ever imagined it would be. And now I can do both, and I'm ready for whatever the occasion calls for!

I'm also very satisfied with my choice to do a week on the snow here at Cerro Catedral. It's a very different place to the resorts that I'm used to, back in Australia, but all up there isn't much you can say against it. OK, so the school situation is screwed; and the place is a bit overcrowded (especially with beginners — and even this late in the season); and there are a few too many après skiers for my liking. But look on the bright side: it's an enormous mountain, filled with more than enough runs for people of all skill levels; apart from the lessons, it's ridiculously cheap and accessible; and it's a 20-minute drive from Bariloche, where you can stay at one of several great-value hostels, and where you can party all night long (although those big nights can eat into your snow time, the morning after). Sweet experience, and a very special place.