Catania is Sicily's second-largest city (after Palermo), and one of the island's most crowded and traffic-infested. It's not high on the average tourist agenda — but like so many big and ugly cities, it's often near-impossible to avoid. This morning, my route up the east coast of Sicily led me through Catania: and I decided that seeing as I was in the area, I might as well at least check it out, and see what the place has to offer. So I came, I saw, I got lost, and I eventually found my way out.

Once I'd finished my ride through the Plain of Catania, I approached the city from the south, up the coast road that leads straight into the centre. The coast south of Catania (virtually a suburb of the city) is a collection of super bad-taste beach resorts, all of which look pretty much the same: big concrete estates laden with accommodation, and all loudly advertising their bars, discos, swimming pools and luxury facilities. Certainly didn't appeal to me: I think I'll find somewhere (anywhere) else for my next beach holiday, thanks.

The resort boulevard — once I'd cruised north along it — popped me out at a very convenient location, just a few streets away from the city centre. I managed to navigate my way through some rather big, rather complex intersections, and to reach the city centre within a few more minutes. I didn't find the proper heart of the historic centre straightaway — I wound up on a boulevard overlooking the sea first, and stopping for the morning coffee break at a cafe there — but it wasn't too long before I eventually stumbled into it.

The historic centre of Catania is quite nice: the Duomo in particular is an impressive old building; and the other large churches and palaces in the vicinity are also charming structures. Considering what a huge, crowded place Catania is, I'm impressed and relieved that they've managed to preserve their historic centre so well. However, the area is thronged to the brim with pedestrians of every sort — tourists, businesspeople, merchants, and schoolkids alike — and the traffic looks like it's been beyond a joke longer than Sir Mick's been popping pills. 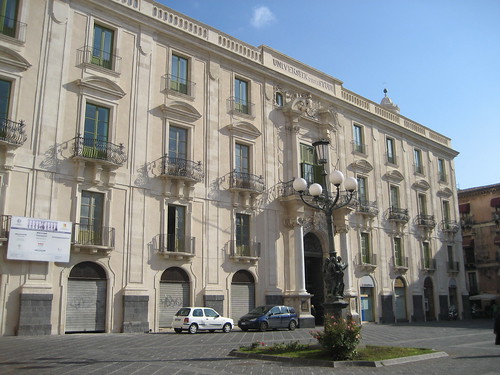 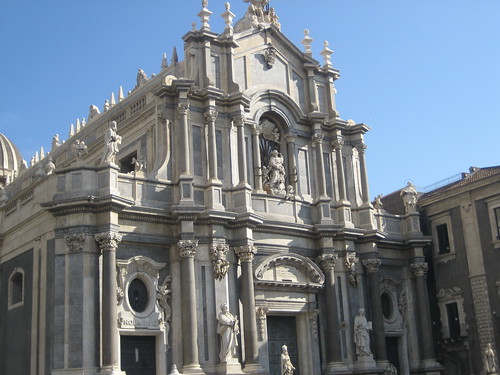 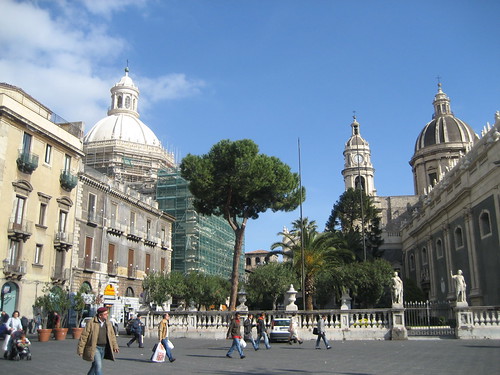 After I'd checked out the central piazza and the main historic buildings, I began trying to find my way out of Catania. This proved to be the longest part of my visit to the city. Since I was attempting to reach the north-western edge of the city — and since Catania mainly spreads north and west from its city centre — I had an awful lot of urban chaos to get through. And chaos really is the only word to describe it. My parting impression of Catania was that it's a big, ugly, horrible maze: the place is riddled with one-way streets; the signage for going anywhere except the city centre is terrible; and the traffic is loud, pushy, and thick as a quarterback. It was a sheer miracle that I managed to get out of there at all: but get out I did; and from there, it was up into the foothills of Etna herself.