It was a long night, and it was a good night. Sadly, it was also my last night: Kitzbühel après-ski, I'm going to miss you! After our fun and games at Snowbunnys, Jake and Mitch, Nikolas and Viktor and myself hit the usual pub crawl route: we started at Flannigans, and then eventually moved on to Highways. Flanny's was mainly about the drinking (and the passive smoking — f$#% that place stinks), and Highways was mainly about the dancing. All of it was about partying like only an Austrian mountain village knows how. I got back at about 4am — considering that Jake and Mitch were asleep on the breakfast table the next morning, I hate to think when the hell they returned. 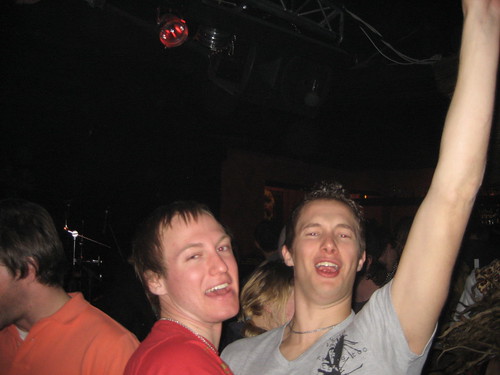 Nikolas and Viktor on the dance floor. 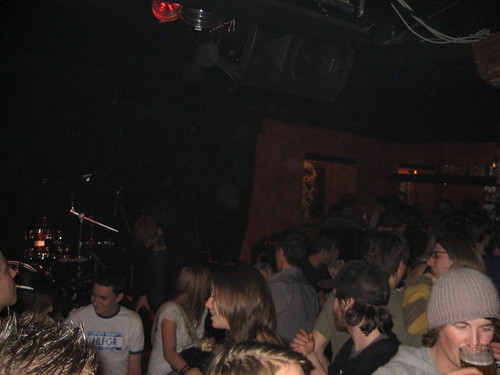 Disco scene in the basement club of Highways.

‹ The cardfight The mystery of the fleece ›
Filed in: Kitzbühel • Alcohol • Dancing • Farewells • Disco • Party