Animals on the farm in Pilcopata

This morning, we began our jungle tour with a visit to a farm-slash-tourist-retreat just outside Pilcopata. The farm is home not only to a very nice family of humans, but also to a large and varied family of animals. As well as our friend the monito, they also have a few other monkeys, some dogs, some macaws, some ant-eaters, some tortoises, and some tadpoles. And we got to meet and greet 'em all. A very colourful start to our time in Manú. 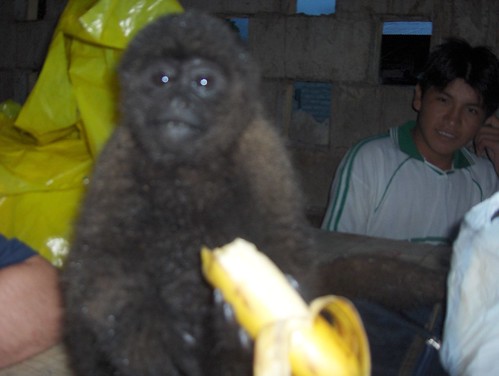 Our friend the monito. 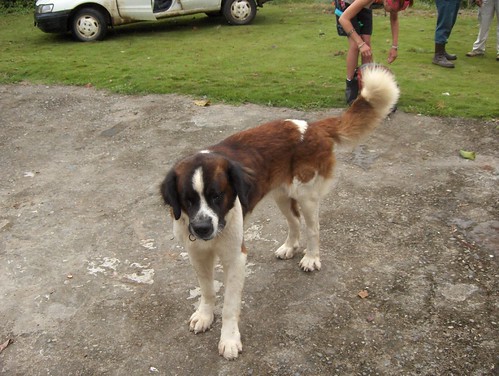 One of the dogs on the farm. 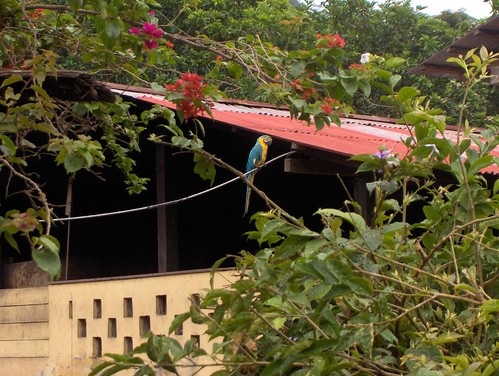 Macaw sitting up on the wire, trying to imitate all the other animals. 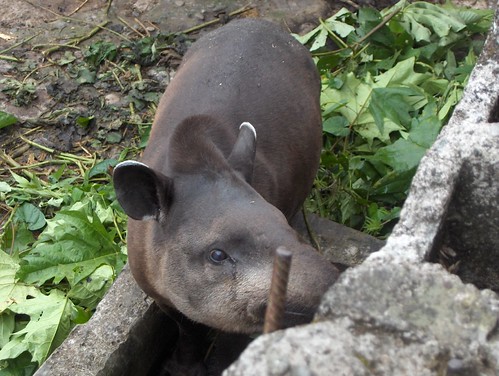 Ant-eater in his pen. Don’t wanna mess with one of these dudes. 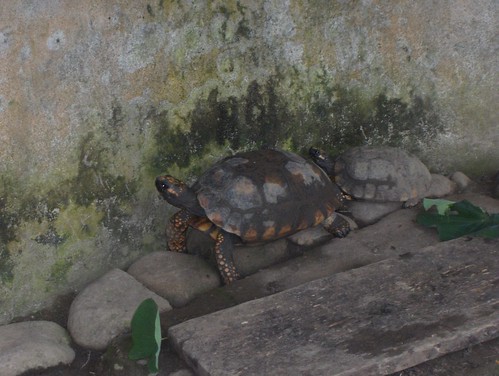 Tortoise moving ponderously around his enclosure.