Andrea's a half-Macedonian, half-Dutch young Aussie girl, who comes from a place just down the road from me in Sydney: Mona Vale. She's been travelling round the world since the age of 17, she has a degree in film production, and she speaks a bit of Hebrew (because she had an Israeli boyfriend, and she visited Israel for a few weeks). I met her down in Rurrenabaque, and ended up doing three days of action-packed pampas touring with her. 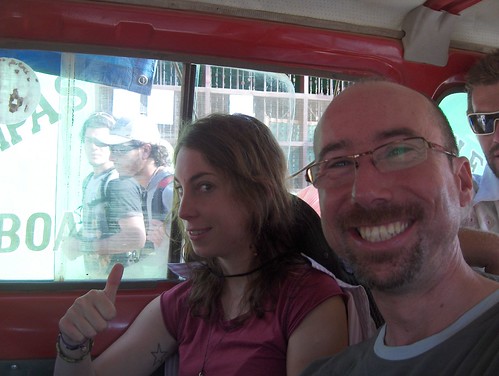 Andrea gives us the thumbs up. Chris can’t help butting in to the photo as well.